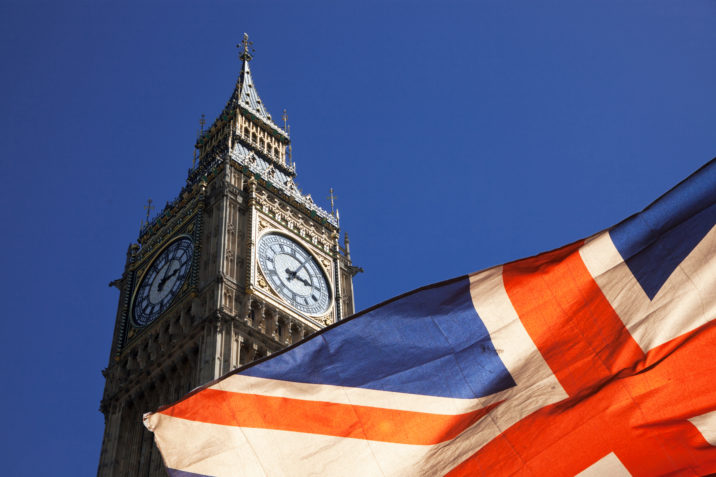 The need for UK government scrutiny on financial institutions’ climate commitments and initiatives such as the Glasgow Financial Alliance for Net Zero (GFANZ) has been floated by investor associations and NGOs in response to an Environmental Audit Committee (EAC) call for evidence.

In May, the EAC – a cross-party group of 16 MPs – launched an inquiry considering the financial sector and the UK’s net-zero transition.

As part of this, the committee invited “anyone with views on the role of private finance in decarbonising the economy” to provide written submissions addressing several issues.

These included: corporate approaches to the financing of existing and planned fossil fuel projects; the potential effectiveness of the financial sector – including through alliances such as GFANZ – in encouraging the decarbonisation of the economy in time to limit global temperature rises to 1.5C; likely pathways to the responsible retirement of fossil fuel assets, in a way that is compatible with the UK’s national interest; reducing the risk of stranded assets; and meeting the UK’s international climate obligations.

The deadline for submissions was 30 June, and on Friday the 31 responses were published.

As part of its submission, ShareAction suggested that GFANZ members should be brought before ministers or select committees in the UK annually “to explain why their transition plans are adequate and to evidence the progress they’ve made”.

Launched last year to co-ordinate net-zero pledges in the financial sector, GFANZ published a slew of guidance for members in June. This included recommendations on how financial institutions can develop “credible” asset-level phase-out plans and “a preliminary and high-level approach to support the identification of assets where managed phaseout could be appropriate”.

On the same day, Race to Zero (RTZ) – the umbrella organisation for climate initiatives including GFANZ – updated its criteria for members. As a baseline, signatories must set Scope 3 emissions targets, publish a transition plan and align their lobbying activities with their climate ambitions.

The new criteria were immediately applicable to new members. Existing members and partner organisations will need to comply by 15 June 2023.

In its submission to the EAC, UKSIF also said it would like to see GFANZ members more regularly held to account, including by policymakers and civil society, “to ensure progress is being made towards delivery of their commitments”.

Its response continued: “There is a scrutiny role for parliamentary select committees in this respect, and we therefore welcome the committee’s plans to write to GFANZ signatories which have their headquarters in the UK, or have significant operations here, to seek clarity on their fossil fuel investment policies.”

Think tank E3G argued that ongoing parliamentary scrutiny of private sector commitments, such as those made by GFANZ members, “will be required to ensure that greenwash is tackled in the UK and that finance is redirected towards sustainable solutions”.

The City of London Corporation also welcomed “robust scrutiny” by the EAC of “FPS [financial and professional services], GFANZ, and the UK’s work regarding sustainability”, as without it “doubts about the veracity of FPS’s claims on sustainability may persist, which can have a chilling impact on wider momentum behind this agenda, to the detriment of the wholesale drive needed to deliver net zero”.

The next step is for the EAC to hold public evidence sessions, which are expected to take place in the autumn. Details of the events and an outline of the areas that members will be putting to witnesses will be announced in due course.

In ShareAction’s response, the NGO included questions to be raised at the sessions.

The non-profit recommends that GFANZ be asked how it will stop members financing fossil fuel expansion “which is very clearly incompatible with 1.5C as well as RTZ criteria, and science-based guidance from the IEA and IPC”. Other suggested questions for the organisation include when it intends to introduce accountability mechanisms in cases where members are in clear breach of the spirit of RTZ/GFANZ aims, and how it will bring the alliances’ guidelines up to RTZ levels and enforce compliance.

A spokesperson for the EAC told Responsible Investor that the written evidence that has been collected will help determine the issues to address during the public evidence sessions.

In its submission, UKSIF also flagged the EAC’s stated intention at the start of the enquiry to write to members of GFANZ that are headquartered in or have substantial operations in the UK calling on them to make public statements regarding their fossil fuel policies.

Signatories will also be asked by the committee to detail their policies on investment in renewable energy technologies and whether current geopolitical events have affected their view on the IEA’s May 2021 conclusion that achieving net zero by 2050 means no new investment in fossil fuel initiatives.

In its submission, environmental law charity ClientEarth proposed additional questions that could be directed to the various GFANZ workstreams.

For the Net Zero Asset Owner Alliance and Net Zero Asset Managers Initiative, ClientEarth said the EAC should ask “what engagement are they doing with investee companies to challenge the credibility and implementation of their transition plans, and their fossil fuel expansion plans”.

The charity also recommended that all GFANZ groups should be questioned about their policies around lobbying on climate-related issues and their membership of trade associations.

A spokesperson for the EAC told RI that the letters to GFANZ signatories will be sent shortly and the plan is to publish them in the coming months, with details on the specific questions the EAC has put to them.

In response to the submissions, a spokesperson for GFANZ told RI: “We welcome the leadership shown by the UK, which will require UK-listed companies to disclose their transition plans in less than a year. We hope that other countries and jurisdictions will follow the UK, and that the GFANZ work can inform future regulation to guarantee high standards in private-sector net-zero action.”

They continued: “GFANZ is working to build an open data platform for climate transition-related data and will soon issue guidance for real-economy companies on how to navigate existing guidance and form real-economy transition plan frameworks. In the absence of more ambitious public policy and official sector requirements in jurisdictions across the world, GFANZ aims to help fill the gap and accelerate the role of private finance in supporting the net-zero transition of the global economy.”

UK government policy also featured heavily across the submissions, with references to the upcoming Green Taxonomy, Financial Markets and Services Bill, and Sustainability Disclosure Requirements (SDR), as well as the work of the government-mandated Transition Plan Taskforce.

The Investment Association suggested that the government’s updated Green Finance Strategy will be a “welcome opportunity to clearly set out how industry-led initiatives like GFANZ interact with international initiatives like TCFD and the ISSB, and the expectations and actions of the UK’s policymakers and regulators”.

The implications of the Russia/Ukraine conflict was highlighted by abrdn: “As far as we are aware, there have been no significant, credible and binding climate policy changes resulting from the crisis to date among the major emitters. Investors and businesses who have committed to supporting net-zero 2050 goals will therefore still struggle to achieve their goals in the long run unless that changes. Announcements in the lead-up to COP27 in November are the key waymark we are monitoring for signs that the ground is shifting more decisively.”

The asset manager continued: “As investors, we are considering the greater potential for stranded assets – not just in Russia, but also in other commodity-exporting autocracies as energy importers and financers of foreign direct investment reassess their risk profiles.”

In its submission, it noted that, although the initiative is backed by the UN, it is “subject to the wishes of the COP presidency”. “There is therefore a risk that it may not continue after the UK government relinquishes its position as COP president in November,” the think tank noted. “This argues all the more strongly to make GFANZ and its signatories directly and publicly [responsible] for their policies on fossil fuel financing within the context of their net-zero strategies.”