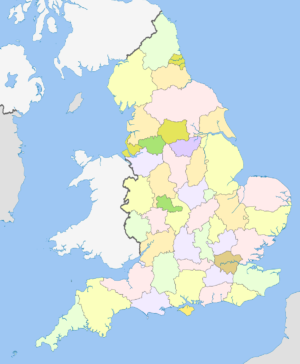 The £2.781bn (€3.3bn) Suffolk Pension Fund, for example, in eastern England, is considering a commitment to the UBS Life Climate Aware World Equity Fund, according to fund documents.

The fund, which looks to overweight companies contributing to the transition to a low carbon economy while underweighting heavy emitters, was seeded by UK workplace scheme NEST in 2017.

Suffolk already has around £700m with UBS in a variety of passive funds and UBS presented to the Suffolk officials at a recent meeting hosted by JP Morgan Asset Management in London.

Among the presenters was Valeria Piani, the former senior Principles for Responsible Investment figure who joined UBS in 2017. UBS was invited to meet the pensions committee and present its methodology in detail – and is due to do so tomorrow (March 1) in a session called ‘Climate Aware Passive Investing’ at the council’s base in Ipswich.

UBS is not just the Suffolk provider; it is the index tracking investment provider for the ACCESS pool of which Suffolk is a member.

The move follows a pension committee meeting last November, at which it was agreed that the issue of investment in fossil fuels and stranded assets should be included in a debate about tobacco divestment.Meanwhile, East Sussex has agreed to add a further 5% to its existing £765m with the UBS climate aware fund at a future date, according to meeting minutes. “An investment of £175m would equate to an overall holding of c35% of the fund.”

The minutes say: “The Head of Pensions assured the Committee going forward the process for informing the public that the Surrey Pension Fund were investing in fossil fuel free companies would be improved i.e. releasing press statements and making sure responses were clear.”

At a meeting on February 8, the fund minutes show it received six questions from stakeholders – all of them on climate change in some form.

Fund chairman Tim Evans made a combined response, pointing the questioners to its ESG policy statement:

“Where ever appropriate, consideration is given to environmental, social and governance issues, as set out in the Fund’s ‘Investment Strategy Statement’ including the Responsible Investment Policy of the Fund’s asset pool provider, Border to Coast.”