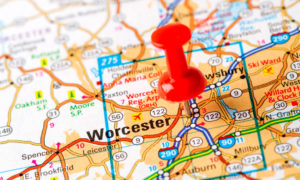 Worcestershire Pension Fund has put out a tender for a consultant to undertake an ‘ESG stocktake’ of its portfolio and map its impacts across several UN Sustainable Development Goals (SDGs), to help inform its future investment decisions and enable it to challenge asset managers.

The tender states that the consultant will provide the fund’s Committee with a “baseline” analysis of the fund’s sustainability performance and provide recommendations on future investment strategies.

The audit is described as a detailed assessment “at a holding level” of the scheme’s assets, which may include engagement with fund managers “where appropriate”.

It will cover areas such as:

Rob Wilson, Finance Manager at Worcestershire Pension Fund, told RI that it had decided it was time to “look at the environmental and social aspects of the fund in a lot more detail”.

He said the audit could influence the scheme’s investments, and added that it had been exploring low-carbon options offered by its pension pool LGPS Central.

Worcestershire Pension Fund, Wilson added, has also been working with West Midlands Pension Fund, which has been developing a sustainable equity framework. But, he stressed that “we are trying to walk before we can run” and said that the audit is part of a three- to five-year strategy.

Wilson told RI that LGPS Central’s responsible investment team is in the process of conducting climate risk scenario analysis for each of the eight member funds.

Derbyshire Pension Fund has already been assessed: the details were provided in its March meeting notes, including the finding that a “2°C scenario would have a positive impact on the fund’s returns considering both a timeline to 2030 and to 2050”. The analysis was undertaken by consultancy Mercer on behalf of LGPS Central.

Worcestershire, Wilson said, is anticipating that its analysis will be undertaken before the year’s end.

He also told RI that Surrey County Council recently appointed a provider to undertake a similar audit to its own and that he expects “a few more to follow suit”.

According to meeting notes from June, Surrey appointed ESG advisor Minerva to lead its review into how its portfolio aligns to the SDGs.

Worcestershire’s own tendering follows two workshops the fund attended this year put on by Pensions for Purpose.

As part of the May workshop on ‘Responsible Investment Beliefs’, members of the scheme were asked to consider which SDGs are likely to have the biggest impact on the pension fund’s investment. The scheme opted to focus on:

Wilson said: “We wanted to have a focus; we didn't want to be wooly about it in terms of going out to the market and asking to map our fund against all 17 of the SDGs. We wanted it to be focused on Worcestershire Pension Fund, so from the workshop we identified four or five [SDGs]”.

The contract is due to start on 14 September, with the closing date for applications on the 20 August.

The audit is not expected to take longer than four months.