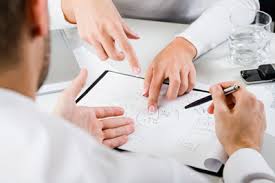 In a report titled The Issue of Climate Change within Investment Portfolios (link) and the Impact on Investment Performance PIRC says accusations made by groups including ShareAction and Client Earth that UK local government pension schemes are not doing enough around climate change are “overstated”.

“The vast majority of funds have taken some steps towards being active in addressing some of the substantial climate change issues [in] this area,” it claims, but acknowledges there are “considerable headwinds to be faced”, which will be aided by the current aggregation of funds.

Investing in low-carbon projects, such a renewable energy, has been problematic for some funds who do not have access to “the necessary expertise”, the authors say, adding that “future returns have been difficult to predict and model” partly due to policy changes and grid limitations. “Current pooling initiatives must surely allow more funds the opportunity to go down this route as scale is so important for renewables to be a viable investable proposition,” the report concludes.

It also says that the pooling process “should help, or importantly, be encouraged to leverage funds’ engagement activities” on climate change, but says that engagement could not be undertaken as easily “when funds invest with the passive ‘giants’”.It adds that low-carbon passive products are currently “not without difficulties”, saying that MSCI’s offering “only tracks direct emissions (from data that may be incomplete and inconsistent)” and doesn’t look at Scope 3, while the FTSE Green Revenues index has a limited track record, making it “difficult for funds to commit to at this stage”.

“The new indices are expensive and there could be indirect costs in terms of performance and risk,” PIRC warns, adding again that pooling should help, “but only if enough funds demand their platforms support such investments.”

The document comes as Merseyside Pension Fund – which has an explicit commitment to ESG and impact investment, and is part of the Northern Pool – said in its new annual report that, once established, it expects the Northern Pool to provide responsible investment advisory services “to the participating authorities on an in-house basis”.

In added: “Pooling is a significant undertaking and the resources and costs required to deliver the changes required, should not be underestimated… It will also result in fundamental changes to the oversight of LGPS assets and it is essential that appropriate governance arrangements are in place.”

Earlier this year, draft guidance on responsible investment at the pools was created by PIRC’s Chairman Brian Bailey, and Dawn Turner – formerly at the Environment Agency Pension Fund and now CEO of the Brunel Pension Fund, one of the new pools.