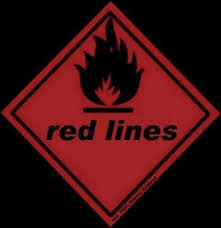 The UK’s pension trustee body is launching a comply-or-explain set of “red lines” for their fund managers on environmental social and governance (ESG) voting at companies.

The Association of Member Nominated Trustees (AMNT), which represents trustees at funds with more than £350bn (€490bn) in combined assets, will develop the guidance in what they say is a clear “binary format”.

“For each red line there will be a proposed voting action (short of disinvestment) in relation to a company crossing them,” the AMNT says. The not-for-profit organisation, launched in 2010, supports member-nominated trustees, member-nominated directors and employee representatives at private and public sector pension funds.

It’s the latest display of increasing asset owner pressure on fund managers and follows the launch of the Guide to Responsible Investment Reporting in Public Equity by a group of leading pension funds earlier this year, which hopes to clarify reporting expectations.

And it comes on the heels of the Local Authority Pension Fund Forum demanding that Barclays remuneration committee chair John Sunderland should step down immediately.LAPFF, which represents 64 public sector pension funds with combined assets of approximately £160bn, said the bank had bank failed to honour a promise that he would leave.

Schroders’ Global Head of Stewardship Jessica Ground said she was “encouraged” that more clients were interested in this area: “Asset owners and managers working together in this way have the potential to improve the whole investment system.”

The initiatives come in the wake of both the Stewardship Code and the Kay Review and, speaking yesterday, Business Secretary Vince Cable said the culture of short-termism was “gradually being replaced”.

At the event, organised by accounting body the ICAEW, the Financial Reporting Council and Cable’s own department, he floated the idea that employees should have to report on how they consult with employees. He went on: “We have introduced transparency through narrative reporting and encouraged diversity.”