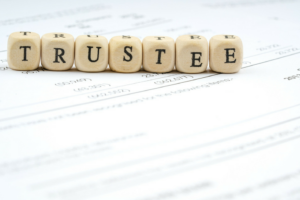 Trustees of UK pension schemes are “overwhelmingly aware, supportive and prepared” for new ESG disclosure requirements according to the top-line findings of a survey carried out by investment consultants Hymans Robertson.
From October 1, UK-based defined benefit (DB) and defined contribution (DC) schemes will be required to publicly set out their approach to ESG – including voting, the extent to which beneficiary views are taken into account and climate change – in their statements of investment principles (SIPs).
According to Hymans Robertson, 96% of pension trustees surveyed are prepared to report the ESG policies in anticipation of the rule change, despite eight in 10 trustees saying that they faced implementation challenges.
The difficulties stemmed from a lack of clarity around regulator expectations said 43% of respondents, while others faulted low engagement from beneficiaries (44%), limited resources (40%) and limited knowledge and understanding on ESG issues (40%).
However, only 7% opposed the new regulations. The vast majority of trustees, 70%, were broadly supportive of the enhanced disclosure requirements and over a quarter came out strongly in favour.
The survey did not address preparedness for additional disclosure regulations which come into force a year from now. In October 2020, UK schemes are to produce implementation reports detailing how ESG policies are put into practice.Commenting on the survey, Simon Jones, the Head of Responsible Investment at Hymans Robertson, said: “The objective of the regulations is to drive changes in behaviour by asset owners, rather than simply being a box ticking exercise. It appears trustees have realised this. RI should form an integral part of trustees’ approach to investment decision.
“I was pleased to see that half (49%) said they thought implementing and RI strategy will improve investment returns which represents a significant shift in the attitude that has prevailed until now, that investing responsibly will harm returns.”
The findings by Hymans Robertson contrasts with an earlier survey by UK supervisory authority the Pensions Regulator (TPR) which concluded that 79% of DC schemes are yet to consider climate change in their investment strategies and policies.
Enhanced disclosure requirements are the centrepiece of an ESG push by UK pensions minister Guy Opperman who described the new regulations as “game-changing” in a recent op-ed for RI. He also criticised asset managers who are inactive on climate change in the same piece, dubbing them “fund management zombies”.
Separately, the UK government has outlined expectations that “all listed companies and large asset owners to disclose in line with the TCFD recommendations by 2022” in its Green Finance Strategy launched earlier this year.