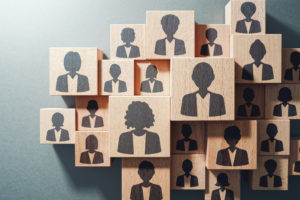 The report is based on data from more than 100 UK pension trustees surveyed in August and September last year.

Despite efforts to change the industry’s demographic, including a DE&I action plan published by The Pensions Regulator (TPR) last September, diversity metrics at board level remain low.

The report said the industry has a long way to go, with “most pension trustee boards lacking diversity, not just in gender and age, but also ethnicity and educational background”.

More than 75 percent of respondents reported working at pension schemes where more than 60 percent of board members are male, with 70 percent reporting that at least 80 percent of members had tertiary education.

Just 17 percent said they worked at pension schemes where more than two of every five board members are women.

As well as more diverse representation across their boards, professional trustees have also been leading the way on DE&I training and implementing zero tolerance policies for harassment or bullying, according to the report.

David Fairs, TPR’s executive director for regulatory policy, analysis and advice, said the regulator welcomes the research, adding that it highlights “the scale of the challenge” the industry faces to drive higher standards of diversity and inclusion across the pensions sector.

“It is encouraging to see that professional trustee firms appear to be leading the way in helping pension boards improve on diversity and inclusion, but clearly there is much to do,” he said.

He added that TPR’s own commissioned research from May last year found that just 10 percent of defined benefit schemes and 14 percent of defined contribution schemes were collecting trustee diversity data. Of those which were, two-fifths of DB schemes and nearly half of DC schemes said that they had no plans to use the information.

“This has to change, which is why we have produced an action plan in partnership with the pensions industry to improve diversity and inclusion across trustee boards,” he said. “We are determined to overcome the challenges that exist, and I call on trustees to adopt the steps our action plan sets out.”

Maggie Rodger, co-chair of the Association of Member Nominated Trustees (AMNT), said the findings reflect AMNT’s understanding of the current board composition in the pensions industry and demonstrate a need for an ongoing push for greater diversity.

“We believe it is the responsibility of all board members to strive for more diverse representation on boards,” she said. “Member Nominated Trustees already add to board diversity as they tend to come from more varied educational and life experience backgrounds than much of the pensions’ industry.

“All trustees have a role to play, alongside other board members, to ensure that the makeup of boards and their advisers represent the diverse nature of society and business, not least because this has been shown to lead to better decision-making, which is important for the pension outcomes of our members.”

“Diversity of thought within trustee boards is essential. Trustees can make better decisions which are in the interests of their members if they have a good understanding of their life experiences and are able to avoid ‘group-think’.”

She added: “The board of the Aviva Master Trust is 60 percent female, with a female chair. Given the nature of the role as trustee, it is important that the board is made up of trustees who have a variety of professional and personal experiences, so that they are able to fulfil their obligations effectively and offer different views on the challenges that are presented to the board as a whole.”

A barrier which may remain is industry mindset. Fifty-eight percent of respondents to the Cardano-Mallowstreet survey said the sector has been slow to adopt DE&I measures because it is viewed as a “low priority”. Other obstacles cited included recruitment challenges and the concern that DE&I could become a tick-box exercise.

Julian Mund, CEO at Pensions and Lifetime Savings Association said that, while there has been some progress for professional trustees, there is still more work to be done.

“It is pleasing to see positive progress in gender and age diversity among trustee boards. However, there still needs to be further improvement to ensure the pensions sector benefits from the full range of talent and diverse thinking available across the whole of society.”