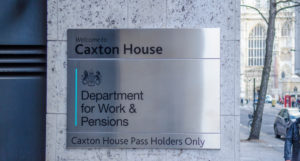 The UK pensions regulator TPR has released its 15-year strategy, promising to increase its focus on savers’ exposure to climate risk.

The strategy, developed after a series of roundtable discussions with pension schemes and other organisations, comes ahead of a more detailed climate change strategy slated for the Spring.

In response to feedback, TPR said it had updated the strategy to include “a firmer recognition of savers’ keen interest in investment decisions consistent with their values, ESG and climate change, which will drive a greater demand for stewardship”.

“We agree that climate change will impact all walks of policy-making, consumer behaviour and society… This increased focus has now been reflected in the final strategy,” it said. “We see the impact of climate change on investment strategies as part of a broader trend on the stewardship of assets within pension schemes. We have therefore also introduced a new trend on stewardship in the final strategy. This captures climate change, corporate governance, sustainability and social investment, reflecting the growing demand for connecting investment decisions closely with these key issues.”

However, the 5,500-word strategy itself contains just three references to the phrase ‘climate change’ and, despite the regulator describing climate change as “the key challenge of our times”, it was also omitted from its “seven key trends”.

What TPR did say was that: “As trustees increasingly professionalise, global threats such as climate change and cybercrime will drive demands on these trustees for effective governance and responsible, ethical asset management.”

“Other environmental factors will also have the effect of shaping the market, as current initiatives relating to climate change are already doing,” it added. “These factors in turn have implications for our own evolution and the way we regulate.”

Fellow UK regulator the Department for Work and Pensions (DWP) has also been moving forward on climate, with a second consultation on its plans for mandatory TCFD reporting closing yesterday.

Some industry bodies praised the changes DWP had made in response to initial feedback, but raised concerns over a lack of clarity on a number of measures, and the potential high cost of complying with the regulations.

In its response to the consultation, investment consultancy Redington said that the Department for Work and Pensions (DWP) had “materially underestimated” the cost to schemes of establishing TCFD-aligned reporting.

Carolyn Schuster-Woldan, Managing Director in Redington’s investment consulting team, said: “We must be mindful that most pension schemes won’t have the required governance, strategy and risk management processes in place at present […] the processes required as per the regulations are very specific and will see most schemes having to establish new processes.”

Joe Dabrowski, Deputy Director of Policy at the UK’s Pensions and Lifetime Savings Association, said it was clear “there is a strong desire to ‘do the right thing’ on climate” among pension schemes, but that standards and requirements needed to be clearer. He called for the regulator to take a “flexible approach to its regulation of these requirements until such time as greater clarity on data standards and definitions is achieved and until the Government has set clear TCFD reporting obligations”.

The Society of Pension Professionals criticised some of the language in the draft regulation on climate scenario analysis in its consultation response, saying the requirements “may cause confusion”, and that there was likely to be a wide variance in initial compliance. It also challenged plans to require the largest schemes to carry out analysis for the 2021 scheme year, saying that it was “likely to be challenging”.

The UK Sustainable Investment and Finance Association raised concerns that a lack of expertise among trustees on ESG and climate issues could affect their ability to meet requirements, but said that it was “hugely supportive” of the regulation in general.

Criticisms were also levelled at the rules and guidance on climate metrics. Pensions consultancy Lane, Clark and Peacock said that the draft regulations were “too prescriptive in places”, and that a more flexible approach was needed.

The DWP intends to have the final regulations in place before the UK hosts COP26 in November.