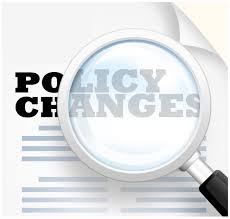 Pension funds have this week become the latest target of the growing barrage of political pledges on climate change in the UK. Until recently, the topic was rarely mentioned, but now – as the search for a new Prime Minister and the likelihood of an early general election in autumn dominate national headlines – it seems that all main parties want to be champions of green finance.

This week – London Climate Action Week – the government and the country’s Pensions Regulator (TPR) announced that they would put TCFD disclosure on “statutory footing” next year.

As a first move, they have established a joint working group to develop guidance for pension schemes on such reporting, outlining best-practice across all four pillars of the Taskforce on Climate-related Financial Disclosure’s recommendations: governance, risk management, scenario analysis and disclosure.

The TPR will have climate-related financial issues included in its next mandate from government, to encourage it to include the topic in future documents. For now, it has said TCFD reporting will be part of its updated Code of Practice on Internal Controls for pension schemes – a response to the transposition of the revised European pension fund directive (IORP II) into UK law.

Stuart O’Brien, a pensions specialist at London law firm Sackers and head of the new working group, tells RI that “in order to comply with the legislation, the Code of Practice must require pension trustees to consider climate risk as part of their basic governance processes”.

“We see our guide on TCFD for pension scheme as being very much aligned with this,” he adds.

Other members of the group include representatives from TPR, the Department for Work and Pensions (DWP) and the Department for Business, Energy and Industrial Strategy (BEIS), as well as pension schemes, investment managers, data providers, the Principles for Responsible Investment, Climate Disclosure Standards Board, law firm Client Earth, ShareAction and the PLSA, the pensions industry body.

It’s not the first attempt to push pension funds on sustainability more broadly: there is already a requirement in place that means that, from October this year, they will be expected to disclose their policies on considering financially-material ESG risks in their investment processes and on stewardship. But the latest efforts are climate-specific and part of a broader Green Finance Strategy released by government this week.

And pension funds are not the only target – the government also used the document to lay out its expectation for “all listed companies and large asset owners to disclose in line with the TCFD recommendations by 2022”. It’s not clear whether those expectations will be embedded elsewhere in regulation, but the report says it will explore “the appropriateness of mandatory reporting” through the establishment of a joint taskforce with financial regulators. Those regulators will also have their responsibilities clarified when it comes to climate change and “having regard” to the Paris Agreement, it adds.

The Bank of England recently said it shared the Government’s expectations (and timeframe) on TCFD disclosure for the insurance companies and banks that it regulates.An interim report reviewing the progress made on greening the UK’s financial system is due next year, and a formal review of progress against the Green Finance Strategy will be conducted by the government in 2022.

With Brexit looming, the government used the Green Finance Strategy to pledge it would “at least match” the ambition of the three key objectives included in the EU’s Sustainable Finance Action Plan: disclosures, benchmarks and the taxonomy.

On biodiversity – an area growing in importance among responsible investors – the government said it would support a TCFD-style effort to enhance nature-related financial disclosures, influenced by its current review of the economic value of biodiversity.

In terms of leveraging private capital, BEIS will launch a ‘clean growth’ venture capital fund with £20m, which it will seek to match with private investment and look into the creation of a Natural Environment Impact Fund.

The Green Finance Strategy isn’t the only report to have come out of the ruling Conservative party in recent days. A group of 41 Conservative MPs seized on the week’s climate focus to launch its own dedicated manifesto, including recommendations on how its leadership could scale up green investment further.

The Parliamentary Caucus of the Conservative Environment Network (CEN), whose board includes investment manager Ben Goldsmith and green finance scholar Ben Caldecott, is urging the government to “make green finance a core theme” of next year’s COP climate summit, which the UK may host, and to introduce a similar track in the Convention of Biological Diversity.

As well as supporting the 2022 deadline for TCFD compliance, they group calls for financial institutions to be required “to disclose to what extent their portfolios are Paris- and SDG-aligned”.

Notably, the group proposes the creation of a ‘brown’ taxonomy to identify investments that undermine the Paris Agreement, saying the government should “consider how to disincentivise investments in these areas over time”.

A ‘brown’ taxonomy is something the EU has shied away from in its own policy package because of pressure from lobby groups, opting instead to focus exclusively on a ‘green’ taxonomy. It’s been a point of controversy over the past couple of years, with some saying that a ‘brown’ framework would be a more effective tool for investors seeking to decarbonise.

The EU:UK dynamic is under scrutiny from other areas of green finance, too. Next week, the government closes a public consultation on the future of UK carbon pricing after Brexit. RI understands there are discussions about whether the country should negotiate a way to remain plugged in to the existing EU Emissions Trading System, or to create a stand-alone market, or opt for a carbon tax. BEIS has held 20 consultations over recent months, and will publish an official Government Response later this year.

Speaking to RI on Monday, Rhian-Mari Thomas, the CEO of the Green Finance Institute – a new collaboration between the Corporation of London and BEIS – said that it would begin looking into the carbon pricing question with its private-sector stakeholders.

Meanwhile, the opposition Labour Party announced last week that it is setting up a “review group to overview the financial system as it currently relates to the climate emergency”, which will include high-profile economist Ann Pettifor and former Head of the UK Civil Service, Lord Kerslake.

“The review will cover commercial banks, investment banks, pension funds, hedge funds, private equity, asset managers, derivatives and securities traders and exchanges, and any other aspect of the finance sector of relevance,” said Shadow Chancellor John McDonnell in a speech, adding that it has been tasked to deliver its findings by October.

In addition, the party has committed to setting up a Sustainable Investment Board, comprising the Chancellor, Business Secretary and Governor of the Bank of England, to lead the climate investment strategy for the country which will include the private sector, McDonnell added, continuing that the Bank of England must help to “stop money flowing to projects that will kill the planet or destabilise our economy” by considering interventions such as strengthened credit guidance for banks lending to brown sectors.Other pledges include “harnessing the full might of the Treasury”, by issuing £250bn of green sovereign debt over 10 years to support a National Transformation Fund and delisting companies that “fail to meet environmental criteria” from the London Stock Exchange.

The Liberal Democrat party, which is still deciding on a new leader, hasn’t shied away from climate finance either. Former Climate Change Minister, Sir Ed Davey, who is running for the leadership, told an audience at RI Europe last month that if he was in charge, he would introduce Paris-compliant disclosure requirements for companies in the UK.

So, while Brexit presents unprecedented uncertainty for the UK’s regulatory and financial landscape, and domestic politics is far from stable, one thing does appear to be clear: whatever happens, climate finance is now part of the agenda.