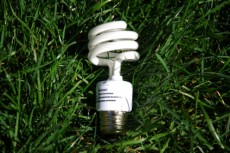 The UK government is seeking investment of up to £1bn (€1.1bn) from investors such as pension funds for a new £2bn green technology fund, according to reports. The new fund is expected be announced in tomorrow’s (March 24) UK budget. The government says it wants pension funds to become a source of finance for the billions of pounds of new investment that the UK needs in clean energy as well as transport, telecoms and waste management.
It’s not clear how the proposed new fund, which would also use the proceeds from the sale of governmentassets, would sit with the new Innovation Investment Fund (UKIIF). That has received the backing of just one pension fund so far, that of the former state-owned British Telecom. The £31.3bn ($50.5bn) British Telecom Pension Scheme put £75m into the green technology and low carbon segment of the UKIIF, which is run by its subsidiary Hermes. The new green fund, it is suggested, would buy stakes in “green” projects such as wind farms and high-speed rail and play a role in stimulating private sector investment in the economy.