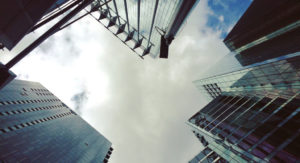 The UK Sustainable Investment and Finance Association (UKSIF) has urged the government to escalate efforts on sustainable finance while the country’s City Minister and Economic Secretary to the Treasury has said financial institutions must publish net-zero commitments and transition plans.

UKSIF, whose more than 260 members represent £10tn in assets under management, today launched its new Policy Vision setting out suggestions for the government, regulators, and the finance sector across eight key challenge areas.

These areas include making the UK a leader on ESG standards; facilitating a net zero future; building a green economy at home; safeguarding our natural environment; supporting a just transition; encouraging diversity and inclusion; sustainability in pensions and savings and promoting sustainability and resilience abroad.

“We should not underestimate the urgency of the ambitious action that must be taken to ensure the UK fulfils its net-zero and sustainability ambitions, and acts as an international leader,” said James Alexander, Chief Executive of UKSIF. “The government, regulators, and the sustainable finance industry all have a responsibility to act decisively to build a more sustainable future.”

The organisation also called for clarity on what net zero means for each sector of the economy. Alexander added it is unclear how the target is embedded into all government departments and decision making. “There’s the new mandates that the FCA [Financial Conduct Authority] and the Bank of England have brought out, but what about the Treasury? Wouldn't it be great if the next budget had a chapter outlining how it supports his efforts to achieve net zero?”

Responding to the Policy Vision, John Glen MP, Economic Secretary to the Treasury, called financial services firms to action and said "we want you as asset managers to roll up your sleeves and engage with the companies you invest in." In addition to engagement, he told the wider financial industry to set net zero commitments, join the newly launched Glasgow Financial Alliance for Net-Zero (GFANZ), publish a transition plan on how they will achieve net zero and report on climate change risk in their next financial report in line with TCFD. “I appreciate that some of that sounds quite radical, frankly, that's the point”, he added.

Glen last week confirmed that the government is forming a Green Technical Advisory Group to advise it on implementing a national green taxonomy.

UKSIF, which celebrates its 30th anniversary today, said it needs more clarity from the government on the development of the UK’s green taxonomy. Its Policy Vision added that in the future it could evolve into “setting its thresholds at a level accounting for more economic activities (including transitional activities) and products, emphasising greater usability for its end- users, containing greater shades of ‘green’, having more flexibility to respond to changes in the global economy, and be less prone to lobbying from different industries”.

Regarding the UK’s National Infrastructure Bank, UKSIF said the bank must specify the sectors that will be a priority for investment; to determine sustainable investments, it suggested a taxonomy overseen by an advisory board.

Honing in on the pension sector’s role, UKSIF encouraged pension funds to commit to net zero.

However, it has also recommended that the government and regulators “seek ways to significantly upskill pension scheme trustees in their understanding of sustainability-related risks and opportunities”, for example, so that at least one trustee should have ESG expertise on boards above a certain size.

This suggestion comes after the Department for Work and Pensions’ second round of consultation on proposed TCFD reporting regulations saw a number of industry bodies raise concerns over the complexity of reporting requirements and lack of trustee expertise on climate change matters.

On the TCFD, UKSIF has recommended that it be extended to smaller schemes as government consults on this in 2023  – currently it is only set to apply to  £1bn+ schemes – which would help the UK fulfil its ‘roadmap’ for disclosure across the economy by 2025.

Finally, the network said it will support policymakers and industry to start considering how the UK can embed ‘double materiality’ into sustainable finance legislation, such as corporate reporting. It said it “see[s] this as a natural step with finance and business increasingly expected to consider the impact of their investment decisions on the environment and society”.

The Policy Vision’s launch comes alongside the UK’s Public Accounts Committee (PAC) – a cross-party committee responsible for overseeing government expenditure –  warning that the Treasury and tax department HMRC have a “limited understanding of the environmental impact” of taxes, and were unable to explain to the Committee “how the tax system is used in achieving the government’s environmental goals”.