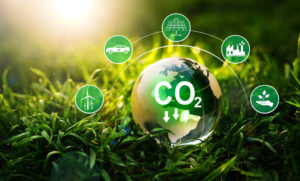 The UK’s Transition Plan Taskforce has unveiled its sector-neutral disclosure framework for companies and financial institutions.

The framework is designed for listed companies and financial institutions, which will next year be required by the Financial Conduct Authority (FCA) to publish transition plans as part of their TCFD reporting, initially on a comply or explain basis.

First announced a year ago today at COP26, the TPT was launched by the Treasury in April 2022 and tasked with developing a gold standard for transition plans from UK financial institutions and corporates.

At the time the Treasury said it intended to legislate on transition plans.

The taskforce is led by a steering group of private and public sector leaders, co-chaired by Aviva CEO Amanda Blanc and Economic Secretary to the Treasury, John Glen. It is supported by a delivery group of senior experts from across industry, academia and civil society. The secretariat for the TPT is provided by the UK Centre for Greening Finance and Investment (CGFI) and E3G.

Among its recommendations, the TPT framework emphasises the need for concrete, short-term action by companies and financial firms across the economy, as well as governance and accountability mechanisms that support delivery of the plan and robust, periodic reporting.

Companies and financial firms are also called on to take a “strategic and rounded approach”, in which they consider the full range of levers at their disposal to contribute to, and prepare for, an economy-wide transition to net zero.

“This helps avoid the false comfort of paper decarbonisation, which can include simple divestment/ditching of dirty assets,” a spokesperson told Responsible Investor.

Corporates are called on to produce transition plans at least every three years.

The framework is accompanied by implementation guidance – which sets out the steps to develop a transition plan, as well as when, where and how to disclose – and a sandbox initiative, which will allow companies to test the framework and guidance.

In 2023, the taskforce will also publish a range of sector guidance, starting with an overview of sector-specific metrics from existing guidance which can supplement the recommendations of the TPT disclosure framework.

The TPT has been coordinating with GFANZ as part of its work, and there are clear signs of alignment. For instance, the TPT’s framework is structured around five elements, which mirror the key components of a transition plan recommended by GFANZ last week. TPT’s framework also drew on existing and emerging guidance from the TCFD and the ISSB.

Speaking at a panel of transition plans at UKSIF’s autumn conference today, Nitika Agarwal, head of sustainable finance policy at WWF-UK, said: “Because transition planning as a concept and setting up gold standard guidance has been relatively new and a recent endeavour, it’s been quite helpful that there have been parallel processes in place just to sort of flush out the differences and the nuances.”

Agarwal did, however, voice annoyance that the timeline for TPT’s framework to become mandatory is still “a little bit unclear”.

“The government announcement at COP26 suggested that they intend to legislate to make it mandatory, and that companies were expected to publish in 2023 using existing guidance that’s already out there,” she said. “But we haven’t heard anything else about when that legislation will be coming into effect.

“From WWF’s side we were a bit disappointed that it wasn’t included in the Financial Services and Markets Bill, which would have been the perfect opportunity to bring that legislation forward.”

In a statement, the Treasury Minister welcomed TPT’s publications, noting that they set out clear recommendations for how firms can prepare and disclose their plans in the short- to medium-term.

Another key area of discussion during the panel was about the “first generation” of transition plans, which are set to be published in 2023 in line with the FCA’s rule.

Rishi Madlani, former head of climate and sustainable finance and just transition at NatWest Group, said the process “is going to be really difficult”.

“I think the biggest challenge I’m worried about in the first generation of transition plans is the big gap between what banks can actually publish versus the work that’s being done.”

He continued: “What I can say was reassuring to me [while preparing NatWest’s transition plan] was the depth we were going into sector by sector – but I think there’ll be a difference in what can actually be published in February. Certainly with the increase in litigation and pieces, there’s some real concern about how you translate and what you can say about forward-looking statements.”

RI previously revealed that members of the TPT were exploring how nature and a Just Transition could be incorporated into its work.

This was confirmed with the release of Tuesday’s framework, which recommended that transition plans for financial institutions and corporates should cover measures to address material risks to – and leverage opportunities for – the natural environment and stakeholders which arise as part of their plans.

Brendan Curran, a policy fellow on sustainable finance at the Grantham Research Institute on Climate Change and the Environment who co-led the work on Just Transition, told RI: “From our perspective, it is great that the entities are asked to assess and disclose material interdependencies from their transition plan and its expected impacts on workers, communities and consumers. This is a good basis for considering the Just Transition throughout plans.”

He continued: “At COP27, Just Transition is very much the focus on most discussions and finance, so transition plans will need to reflect this and follow the strong example set out by GFANZ guidance also.”

Bella Landymore, policy and strategy director at the Impact Investing Institute, who also co-led the work on Just Transition, told RI: “We believe a ‘gold standard’ transition plan is one that gives due consideration to each of these stakeholder groups, in terms of both their contribution to the company’s reduction of greenhouse gas emissions as well as the impacts on them of the company’s actions and those of the wider economy’s. This holistic and detailed approach is required if transition plans are to succeed in their objective to facilitate an economy-wide transition.”