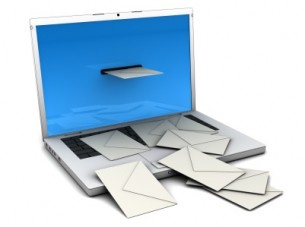 A coalition of UK trades unions, NGOs and investors is attempting to get thousands of pension scheme members to join an e-mail bombing campaign aiming to force oil giants BP and Royal Dutch Shell to reconsider investments in environmentally controversial oil sands developments. The coalition includes UNISON, the UK and Europe’s biggest public sector union with more than 1.3m members and the Public and Commercial Services Union (PCS), the fifth largest trade union in the UK with over 300,000 members. In what they say is an “unprecedented mobilisation” of the public, the coalition is asking savers to e-mail their own pension fund manager to push them to support shareholder resolutions against oil sands projects that are due to be voted on at the annual general meetings (AGMs) of BP and Shell this Spring. The trades union involvements suggests that many members of UK public sector pension plans could sign up to the on-line campaign. Other coalition members include Greenpeace, WWF and the Co-operative banking group. Campaigners argue that conversion of oil sands into fuel produces on average three times the greenhouse gas emissions of conventional oil as well as huge quantities of toxic waste, local air and water pollution. Last month, over 140 pension schemes, fund managers and private investors, joined forces with FairPensions, a London-based lobby group, to file a shareholderresolution at Shell’s AGM on May 18. It called on the company to report on the investment risks associated with oil sands projects in Canada and its plans to address them. Aside from the environmental damage, investors believe oil companies are failing to properly account for future issues such as legislation over carbon emissions, high operational costs, environmental clean up costs and the risk of litigation as a result of indigenous community impacts. They say oil companies are risking both financial and reputation damage in the long term by developing unsustainable assets. In its latest salvo, the coalition has set up a website at www.countingthecost.org.uk to enable individual pension scheme members to identify and petition the pension managers that run their retirement scheme assets to vote on the relevant shareholdings at the AGMs and back the resolutions. The website comprises a database of pension funds and fund managers that have holdings in BP and Shell. Dave Prentis, general secretary of UNISON, said: “UNISON’s staff pension co-filed these resolutions and now we’re getting the word out to our 1.3 million members in Britain’s public services, encouraging them to express support to their pension funds and savings institutions. Our members’ pension funds have an estimated investment value of £250bn so at UNISON we understand the need for a low carbon economy. We’re not convinced that exploitation

of tar sands is a responsible choice for the future. These resolutions demand the clear answers from oil companies which our members need and deserve.” Catherine Howarth, chief executive of FairPensions, said: “This AGM season could herald a new era of public accountability for companies and their investors. People do not always realise that their pension provider holdsshares in major companies on their behalf. Anyone with pension savings has a right to lobby their fund manager on how to vote on these vitally important resolutions.” FairPensions is also sending out briefings which make the business case in favour of the resolutions to hundreds of pension funds and fund managers in the UK and globally.