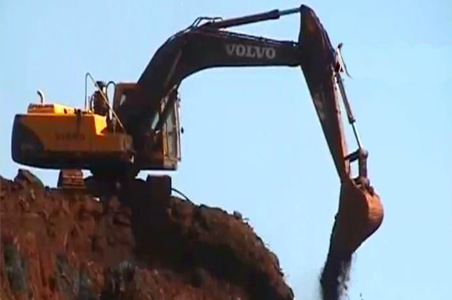 A group of UK pension funds has slammed Vedanta Resources, the FTSE100-listed metals and mining group, for ignoring shareholder lobbying on ESG issues after the company’s share price slid by 10% last week – wiping £300m off its market capitalisation – following an Indian government body ruling against a controversial mining project. The UK’s Local Authority Pension Fund Forum, which represents 52 schemes with a combined £90bn (€100bn), said the share price plunge demonstrated the financial risk of poor management of ESG issues.
On August 24, an Indian government enquiry rejected Vedanta’s plans for a bauxite mine in the Orissa province. It said the mine would destroy the way of life of local tribes. It also accused a local subsidiary of Vedanta of violating forest conservation and environmental regulations. Vedanta has been attacked over the mine plans by NGOs supported by celebrity campaigners including actress Joanna Lumley and Michael Palin, the former Monty Python star.
LAPFF said it had been lobbying Vedanta along with other shareholders since 2008. But it accused thecompany of not listening to their concerns. It said initial concerns about the Orissa mine project had developed into disquiet about the company’s corporate governance policies and management of shareholder relations with long-term investors. It said it believed these governance issues were the “root cause” of the company’s ESG problems in India. The investors are calling for Vedanta to implement the International Council on Mining and Metals Sustainability Development Framework and to appoint an independent non-executive director. Vedanta’s share price is trailing the FTSE 100 by about 20% over the last 3-months.
LAPFF chairman Cllr Ian Greenwood said: “The Vedanta experience is clear evidence of why laggards ignore these matters at their peril and to the detriment of their shareholders. Good management of these issues can clearly have a direct impact on business strategy and, by extension, financial performance. As shareholders increasingly embrace their ownership responsibilities, these sorts of issues are only going to gain more importance.”