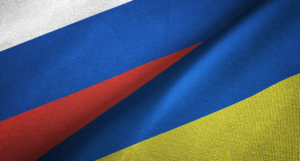 The Head of Investment Governance at Abrdn has said that the response of index providers to the Russian invasion of Ukraine shows that passive investors “can effect change” in terms of withholding capital if they work together.

Speaking in response to a question about how passive funds can exercise influence through stewardship if the “ultimate influence is starvation of capital” at the Pensions and Lifetime Savings Association’s annual ESG conference, Archie Struthers said he had never seen index providers move so quickly to change constituents when under pressure to do so.

“Clearly we’re in an extreme environment”, he continued. “But to me, those are symbols that actually even passive funds, if they work together, can effect change in terms of their capital.”

Russian stocks and bonds have vanished from benchmarks since the invasion, with major index providers cutting them from emerging markets and global indexes. More than 250 S&P Dow Jones equity indexes have been affected, with Russia removed from more than 9600 MSCI indexes, including two emerging markets indexes tracked by giant iShares ETFs. The MSCI Emerging Markets Index had a 1.6 percent weighting to Russian shares at the end of February, with the $26 billion iShares ETF tracking it holding a $155 million stake in sanctioned bank Sberbank at the end of December. FTSE Russell has also booted out Russian stocks and bonds from its indexes.

Campaign groups have said that responses to the Russia crisis have shown excuses about fossil fuel divestment by passive investors to be hollow.

Adam McGibbon, UK campaign lead at Market Forces, told RI that the Russia crisis showed that “if the will is there, it can be done”.

“For years, we were told that demands for divestment from fossil fuels were unrealistic, but now at the drop of a hat we’ve seen massive divestment from Russian stocks. All the arguments against ending investment in fossil fuels just evaporated, now that the whole financial world is demonstrating that defunding companies affects their behaviour and that passive asset managers can change their indices if they want to”.

Conor Quinn, communications manager at ShareAction, said that “Passive managers and index providers have long defended their holdings in climate-wrecking companies by claiming that they track the market as a whole, and are therefore unable to make active decisions to exclude particular companies. But the fact that MSCI was able to drop all Russian holdings from its emerging markets indices within one week of Russia’s invasion shows that this has always been disingenuous”.

“Such swift and decisive action is entirely justified by the scale of the crisis in Ukraine. But Putin’s war is not the only crisis we face. The IPCC’s latest report made clear that we have a ‘brief and rapidly closing window to secure a liveable future’.”

Investors and index providers who continue to support the companies destroying this future must therefore explain the discrepancy between their actions on Russia and their passivity on fossil fuels. The old line that ‘there’s nothing we can do’ has been laid bare as the lie it always was.”

A spokesperson for MSCI said that Russia had been reclassified from an Emerging Market to a Standalone Market – resulting in its exclusion from indexes – because its equity market was “uninvestable”, and that access for investors had materially deteriorated. This meant it no longer met the requirements for Emerging Markets classification as per MSCI’s methodology, the spokesperson added.

“All Russian securities have been removed from MSCI’s indexes following the feedback of a comprehensive international consultation with a large number of institutional investors”.

A spokesperson for FTSE Russell did not provide comment, but highlighted previous statements from the CEO of FTSE stating that that green investors “can’t divest from everything.”