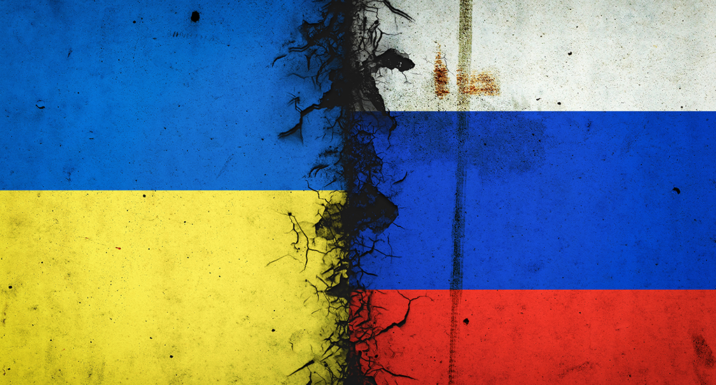 Major investors including Norway’s sovereign wealth fund and the Church of England have announced they are ditching their holdings in Russian companies and government bonds as the country’s invasion of Ukraine enters its fifth day.

Norwegian Minister of Finance Trygve Slagsvold Vedum said on Sunday that “given the way the situation has evolved, [the Government] consider it necessary for the fund to divest its Russian assets”. The fund had NOK25bn (€2.5bn) worth of investments in Russian companies and sovereign debt at the end of 2021, including a 0.83% stake in Sberbank, which has been subject to crippling Western sanctions, and large stakes in Gazprom and Lukoil. Norway’s largest pension fund, KLP also said it planned to divest its NOK500m (€50.3m) holdings in 22 companies including Gazprom and Lukoil, and banks VTB and Sberbank. It has already sold its London-listed assets and is in the process of selling those listed in New York.

On Saturday, the Church Commissioners and Church of England Pension Board said that they had sold their holdings in Russian companies, and will make no further investments in the country. The Church said that the investments composed around 0.16% of its total portfolio – around £20m according to a report in The Times – and that it had held no investments in Russian sovereign debt. No further detail was provided on the investments. In a separate statement, the Bishop of Leeds said that pressure should be put on the British government to “shut off completely the wholly immoral flood of corrupt money that flows through London”.

The Australian Financial Review reported that the New South Wales government planned to sell A$75m (€48m) worth of Russian assets from its NSW Generations Fund, while the Chief Investment Officer for Aware Super said that the fund decided to ditch if A$50m portfolio of Russian assets last week. Australian sovereign wealth fund the Future Fund said it would be winding down its A$200m exposure to Russian listed companies as market conditions permit.

Investors exiting Russia as a result of its invasion of Ukraine are likely to face both significant losses and difficulties in selling their holdings. The Russian stock market lost a third of its value the day of the invasion, and the Russian stock exchange confirmed today that it had suspended trading, with the Russian Central Bank ordering market participants to suspend the execution of all orders by foreign entities to sell Russian securities.

Russia’s largest government bond, a $7bn note maturing in 2047, was selling for 33 cents on the dollar according to the Financial Times, with S&P lowering Russia’s credit rating to BB+ on Friday, and Moody’s putting it on review for a downgrade to junk amid fears of a default.

When RI reached out to Danish pension fund Industriens Pension as to whether it was considering adding Russia to its exclusion list following the invasion, a spokesperson said: “Based on an overall risk assessment, we have sold Russian sovereign bonds gradually over a longer period. We have thus sold all our internally managed Russian sovereign bonds, and we have instructed our external managers also to sell the last ones.”

They added that the fund completed the selling of the internally managed Russian sovereign bonds in the beginning of last week.

Investors have contacted RI to outline how they believe the industry should respond to the conflict.

Sonia Kowal, President of Zevin Asset Management said: “This situation is clearly an ESG issue that investors should care deeply about and repercussions from it will be reverberating for decades to come. Core values essential to ESG are under attack – democracy, free speech and media, diversity and equity, and environmentalism to name a few. Unprovoked aggression is a breach of international law and has no place in portfolios. Divestment and exclusion of Russian assets is an essential first step. Having been a Russian analyst earlier in my career and writing my Master’s thesis on Russian corporate governance (or lack thereof), there was no way that I would risk Zevin Asset Management’s clients’ assets in investing in anything to do with Russia. No matter how investors try and spin this situation to make themselves feel better, the question they should be asking themselves is would they have been comfortable investing in Hitler’s Germany?”

Stephen Beer, Vice Chair of the Church Investors Group and a former CIO and Head of ESG, said: “The invasion of Ukraine is devastating for the people of Ukraine who are in a battle for survival. We should not forget that Ukraine has since 2014 had Crimea and other areas under Russian control after fierce fighting. An invasion should not be happening, but while in democracies we can repent at leisure at our accommodation of aggressive regimes, the people of Ukraine have more pressing concerns and deserve what support we can give them”.

“ESG investors often talk about the need to remodel capitalism so that it better serves society but this needs to be a global vision. A side effect of this invasion is a wake–up call to ESG investors that values and ethics matter”.

“Investors need to be transparent about the ethical dilemmas and how they are resolving them, accepting we do not always get it right. An ESG strategy that focuses on ticking boxes or writing long campaign letters, but cannot say or do anything against dictatorships which wage war and abuse their own people, is part of the problem not the solution”.

Jerome Tagger, CEO of Preventable Surprises, said that investors should put people first: “Ask what people in Ukraine need and want. This is a highly volatile situation. Investors have little expertise in matters of war. They should coordinate closely and take their cues from governments.”