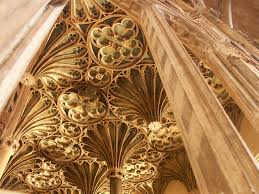 The largest members of the £15bn (€20.7bn) Church Investors Group (CIG) in the UK have adopted a common voting policy at company annual general meetings this year for the first time.

Administered by proxy voting firm ISS, the CIG says its new collective voting initiative will “further amplify” the church’s voice on issues such as board diversity and auditor independence.

“As responsible investors members of the Church Investors Group have long used their voting rights to promote the best standards of corporate governance at investee companies,” said James Corah, Secretary to the CIG. “By joining together we are able to clearly communicate the issues that matter.“The group has sent the new voting policy, which came into effect last month, to all the companies in the FTSE350. Stakeholder proposals will be considered on the “individual merit”. Home page.

OPPOSE: Election/re-election of a combined Chief Executive/Chair (except where there are mitigating circumstances)

OPPOSE: Election/re-election of the Chair when they serve in an executive position (except where there are mitigating circumstances)

OPPOSE: Remuneration that breaches any of four principles, including that ‘non-financial’ metrics should be incorporated into variable remuneration schemes.