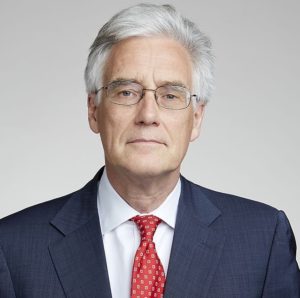 The UK’s Lord Turner has backed the idea that some fossil fuel firms should go “into run-off” – a managed retreat over time – and that it would be good for shareholders.

Turner is the former head of the Financial Services Authority and UK Climate Committee.

“Some fossil fuel firms should go into run-off,” he said today, adding it could “be very good for shareholders” given the risk of ‘stranded assets’ first highlighted by environmental group Carbon Tracker.

Turner’s phrase is more normally associated with the banking market where it means the reduction in a bank’s loan portfolio as loans are paid-off.

In the fossil fuel context it could mean a company, over time, conducting a phased withdrawal from the market – with little or no new expenditure but a dividend stream for investors. “All thoughtful fossil fuel companies are looking at this,” he told a banking audience. Some two-thirds of all fossil fuels would have to be left in the ground if we are to meet the Paris climate agreement, he added.

He was speaking at an event at HSBC where presented the findings of the Energy Transitions Commission, the high-powered body he co-chairs. He was introduced by the bank’s group CEO Stuart Gulliver, who acknowledged the bank’s exposure to fossil fuel assets.

In his address, Turner had some strong words for President Trump’s advocacy for coal, saying: “Trump may dig coal – but it’s going to lie around unused.”

“We’ve got to get rid of coal tomorrow, or the day after tomorrow if possible.”He had one caveat though. As the cost of renewable energy falls, it raises the spectre of coal potentially being mined by solar powered robots, given that energy is a main cost for mining.

He was concerned about Trump cutting government expenditure on research and development, fearing it could have an impact on renewables because the US Department of Energy had financed a lot of the advances in battery technology.

“How on earth America will make itself great again by cutting expenditure, I can’t make sense of that,” he told delegates.

Turner (interviewed by RI recently here), also referenced a debate currently taking place about whether there should be a body that “polices” climate scenario disclosures under the new Taskforce for Climate-related Financial Disclosures (TCFD). He said this could be the ETC or another body such as the CDP.

The ETC was launched in September 2015 on the premise that economic growth and climate action can be achieved together.

It is funded by Bank of America Merrill Lynch, BHP Billiton, BlackRock, the European Climate Foundation, General Electric, Generation Foundation, the Grantham Foundation, Royal Dutch Shell, RWE and the UN Foundation amongst others.

Its commissioners include business figures like Gulliver and Shell Chairman Chad Holliday alongside names like Lord Stern, Rachel Kyte and Nigel Topping.