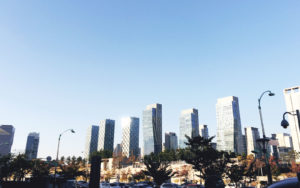 The UN’s Green Climate Fund has put out a $500m request for proposals to find “high impact” projects and programmes that help developing countries to mitigate and adapt to climate change.

The fund is calling for ‘concept notes’ for projects that can crowd in private investment, and are aligned with the climate priorities of their respective countries. Project managers must already have relationships with local private sector institutions with which they can implement the project, and must be able to impact report on either carbon savings (for mitigation initiatives) or “direct and indirect beneficiaries” (for adaptation). Applications will be scored out of 100, with 60 points for “programme standards” and 40 for impact criteria. At least three proposals with a score above 70 will be chosen to develop into full funding proposals.

The GCF was set up in 2010 under the UN Framework Convention on Climate Change in order to take donations from wealthier nations to finance initiatives in less-developed countries. It can provide support via loans, equity, guarantees and grants.

It has already approved a number of projects, including renewable energy development in the Cook Islands, Argentina and Tajikistan.It has funded climate resilience initiatives in Tanzania, Uganda and Samoa; and improved agricultural practices in India, Namibia and Sri Lanka.

It is now headed by Executive Director Howard Bamsey of Australia, who took over from inaugural fund head Héla Cheikhrouhou earlier this year.

But the fund has found itself under fire since its launch. It has a fundraising target of $100bn by the end of the decade but has only managed to secure $10bn of pledges. Almost a quarter of this was committed by the US, and is understood to be at risk of cancellation under new president Donald Trump. Some private sector players, including CitiBank’s Global Head of Environmental Finance and Sustainability, Mike Eckhart, have said its small size means the GCF would be better suited as a guarantee mechanism for private sector investment, rather than an investor itself. According to its website, of the $2.2bn the GCF has allocated so far, only 1% has been in guarantees. More than 40% has been in grants, 39% in loans and 18% in equity.

In 2015, the fund said in a statement that it was struggling to attract staff, blaming the location of its headquarters, in South Korea’s Songdo business district, and budget limitations. It is currently looking to fill seven positions.