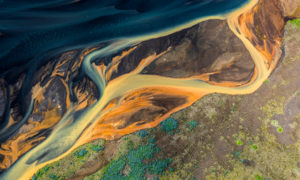 The UN has launched an open-source map providing data on the state of the world’s terrestrial habitat, to help corporates and investors identify and reduce their exposure to natural land surface.

The risks of habitat destruction are rising up the agenda with a major UN Environment report identifying it as one of the key drivers of the emergence and rapid spread of disease such as Covid-19 from wildlife to people.

The new map includes swathes of land not previously covered by screening data. Current screening often relies on protected area and Key Biodiversity Area data, which cover just 15.1% and 8.8% of land respectively, say those behind the new tool.

Speaking to RI, Joe Gosling, lead author of the paper, and part of the team at UNEP-WCMC, said the overall accuracy of the screening layer is 77% – “a fairly high accuracy for a global dataset”.

“We selected the most up to date datasets available that also align with the IFC PS6 definitions of natural and modified habitat,” he said. “Once combined, these datasets covered 62.5% of the global land surface, not including Antarctica. Instead of leaving the remaining areas as ‘unknown’, which cannot be used for site screening, we filled in these areas using a categorised version of the updated Human Footprint Layer – a cumulative human pressure map. For example, areas of low human pressure are likely to be natural, whereas areas with high human pressure are most likely modified.”

IFC PS6 is an influential performance standard the IFC uses for its investments in the private sector, which outlines the need for consideration of “natural and modified habitat” within investment screening processes.

Those behind the “global data layer” tool say it could help businesses identify natural terrestrial habitat early in screening processes, helping to prevent impacts on nature.

The map could support portfolio-level analysis of existing operations and analysis of supply chains to understand the scale of businesses’ presence in natural or modified habitats.

But, there needs to be an accompanying effort to improve corporate disclosure on supply chains, Gosling conceded. “Investors analysing their portfolios’ presence in natural or modified habitats would only be able to analyse these operations and elements of their supply chain for which they know location. Some companies go to great lengths to understand and publish their locations and geographic extent of supply chains, but many don’t have this level of understanding and/or adopt enough transparency.”

“This screening layer is an opportunity for investors to use their considerable influence and ask the right questions of companies in their portfolio.”

In further developments around natural capital accounting this week, the Indian Government has reportedly committed to creating a “national receipt and expenditure account of exploitation on natural resources and environmental damage”. The country’s Comptroller and Auditor General will undertake Natural Resource Accounting across land, mineral and energy resources, water and forestry & wildlife.