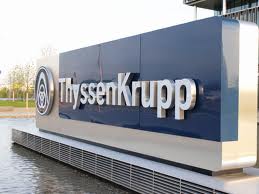 Union Investment, the German asset manager with €206bn in assets, is voting against the appointment of former Deutsche Telekom chief executive René Obermann to the supervisory board of industrial giant ThyssenKrupp at its annual general meeting today (January 17).

In a speech delivered at the AGM, Ingo Speich, head of Union’s engagement operations, said Obermann’s lack of experience of the steel industry was the main reason why the fund manager couldn’t support him. Another reason was the fact that Obermann had enough to do as the new CEO of Dutch cable firm Ziggo.

“Our withholding of support is not personal to you Mr Obermann. But you are the wrong candidate to supervise ThyssenKrupp, whose steel business is very much under scrutiny after all the setbacks there,” Speich told ThyssenKrupp executives at the AGM. Union’s shareholding in the company is about 0.5%.

ThyssenKrupp continues to suffer from previous mismanagement of its steel business, particularly the billions of euros lost building steel mills in Brazil and the US. Although the US facility was finally sold last year, the firm has not found a buyer for the one in Brazil, which continues to haemorrhage money.

For its last business year ending September 30, ThyssenKrupp reported a loss of €1.5bn – adding to the €6.8bn in losses during the previous two business years. However, for the current year ThyssenKrupp expects to break even, due to its lower dependence on steel (now 30% of revenues) and cost cutting.ThyssenKrupp’s woes in any case led to the resignation of chairman Gerhard Cromme last March. At the firm’s 2013 AGM two months before, numerous ThyssenKrupp investors, including Hermes Equity Ownership Services (Hermes EOS), the German Association of Institutional Shareholders (VIP), and shareholder group DSW had denied Cromme discharge over the costly mistakes at the steel business.

Cromme was replaced by Ulrich Lehner, a former CEO of German consumer chemicals firm Henkel. Since 2008, however, Lehner has also served as chairman of Deutsche Telekom and hence oversaw Obermann at the telecom firm.

Like Speich, Thomas Hechtfisher of the DSW expressed concerns about Obermann’s experience in the steel industry. But he said the DSW would not oppose him as his candidacy was part of the effort to change ThyssenKrupp’s board. With 20 members, that board is one of the biggest for a firm traded on Germany’s blue-chip Dax index.

In related news, VIP said it would vote against a hike in pay to €200,000 for Lehner on the grounds that it was entirely inappropriate given ThyssenKrupp’s financial woes. “That’s an outrage that we won’t be a part of. Shareholders are not getting any dividends while apparatchiks help themselves,” VIP CEO Martin Buhlmann told the Rheinische Post newspaper.