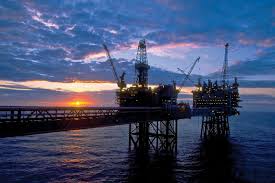 The Unitarian Universalist Association, the US faith group, has managed to get a shareholder resolution on the link between executive pay and oil reserves onto the annual meeting agenda of ConocoPhillips, the New York Stock Exchange-listed exploration and production company.

The resolution urges the firm to adopt a policy that it will not use “reserve additions”, “reserve replacement ratio” or any other metric based on reserves to determine senior executive incentive pay without adjusting reserves to exclude barrels of oil equivalent that are not economically producible in which the price of a barrel of Brent crude oil decreases to $65 by 2020.

“We are concerned that basing senior executive incentive compensation on reserves may encourage the addition of reserves that are so costly to access that projects may be cancelled if prices fall,” the UUA says in a supporting statement.

The Houston-based company, via its lawyers at Bracewell & Giuliani, had asked the Securities and Exchange Commission (SEC) if it would object if it omitted the proposal. But the SEC rejected its arguments that the motion was too “inherently vague” or sought to micromanage the company.“We note that the proposal focuses on the significant policy issue of senior executive compensation,” wrote Jacqueline Kaufman, an attorney in the SEC’s Chief Counsel’s office, in a response dated February 15.

“The UUA takes its responsibility as an investor and shareowner very seriously,” wrote the body’s Treasurer and Chief Financial Officer Timothy Brennan. “We view the shareholder resolution process as an opportunity to bear witness to our values at the same time that we enhance the value of our investments.” The company will likely hold its AGM in May.

Separately, a proposal filed by the Unitarians and the Needmor Fund on sustainability metrics and executive pay at Chevron has been withdrawn.

Chevron set out its position in a letter to the SEC last month. Daniel Stanahan, Chair of the Finance Committee at Needmor, wrote to Chevron’s Assistant Secretary Rick Hansen on February 13 to say he and Tim Smith of fund manager Walden “found the detailed letter informative”.

“It helped us understand the detailed ways in which Chevron incorporates sustainability issues into the companies executive compensation philosophy and implementation.”