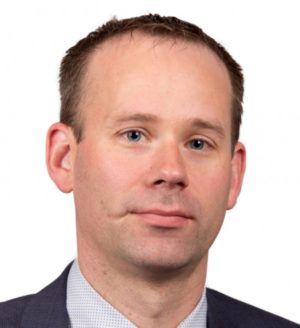 Since the 2014 publication of the Green Bond Principles, which laid down the definitive definition for them, the market has grown to over €250bn.

Green bonds are instruments used to finance projects beneficial to the environment. They are otherwise identical to unsecured issues. A bond’s ‘green’ label depends on the type of projects it funds, not on the issuer’s green credentials.

There are several reasons for the strong demand for green bonds from investors. First, green bond issuers voluntarily comply with disclosure agreements and performance indicators that meet investors’ requirements for greater transparency. Most green bonds have an independent second-party opinion, which helps investors to better understand how the issuer would allocate the use of proceeds.

Second, green bond issuers have shown a commitment to the integration of finance and sustainability teams to mitigate climate-related risks at a time when the transition to a carbon-neutral economy is likely to impact the private sector. Issuers that take steps to face the climate-related risks could have an advantage, because the risk of that a company has a lot of stranded assets (e.g. coal-fires plant or oil reserves) on its balance sheet is smaller.

As such, we at NN Investment Partners have looked at the level of premiums in the secondary market and how they have evolved over time – analysing sectors, credit ratings, countries and currencies.

We defined our research universe using the bonds included in Bloomberg MSCI Global Green Bond Index. In our view this is the most credible and most widely used green bond index, because MSCI does an in-depth screening of the green bonds before they are included in the index.Our main finding was that on average and over time, a green bond yield is 1.1 basis points (bps) lower than a non-green bond yield.

Polish, US, supranational and Chinese green bonds are on average trading farthest below their issuers’ curve

Two factors could explain this difference. One is a possible mismatch between supply and demand. The difference in yields may be a result of growing interest from investors and a limited number of issues with a green feature. The growth of the green bond market increases investors’ choices and could explain why green bonds have become less expensive over time compared to their issuer’s curve.

Another explanation is that in certain market circumstances, green bonds may be less volatile than their peers. In periods of risk aversion, green bonds tend to be more stable, due to more buy-and-hold investors holding the bonds in their portfolios. The reasoning here is that the investor in green bonds has a long-term horizon and does not trade actively, hence reducing the price volatility. The bond’s lower volatility compensates the investor for its lower yield.

In terms of the relative yield of green bonds across countries, we found that this ranged from -7X bps to +3X bps. The green bonds issued by entities in South Korea, Italy, India and Finland have higher yields than the non-green issues on average. Polish, US, supranational and Chinese green bonds are on average trading farthest below their issuers’ curve.

The minimum and maximum average deviation per country ranged from 1 bps in Japan to 19bps in France and 22 bps for supranational basis.

Please click below to see the second page of this article
h6. US dollar issues have greater yield difference

More than 95% of the issues in our green sample are denominated in either euros or US dollars. Issues in Australian and Canadian dollars account for only 1.5% and 2.2% respectively.

No clear relationship between credit quality and yield difference could be observed in our universe of green bonds. However, the large variance in the number of available issues of green bonds across credit ratings makes drawing conclusions difficult.

In terms of corporates versus sovereign-related green issues, we found that government-related and corporate green bonds have yields that are respectively 1.1bps and 1.0bps lower on average than their non-green counterparts.

We also investigated the yield difference over time of two green bond-specific features. Firstly, we investigated if there is a difference between green bonds which have second-party opinion and green bonds which have no second party opinion.Secondly, we investigated if there is a difference in yields of green bond depending on the type of projects which are financed (for example renewable energy, green building, etc) with the proceeds. About 73% of the green issues in our sample have second party opinions; that is, they have been independently assessed as to whether they conform to the Green Bond Principles.

Green issues with a second-party opinion have an average yield of 0.6bps below their issuers’ yield curve

The value lying in active management

A key message from our analysis was that yields differ significantly across segments including country, currency, sector, credit ratings. More importantly, within segments, the gap between maximum and minimum yield difference could be as high as 20bps. This yield difference highlights the depth of potential value that can be added to investors’ portfolios through active management and underlines the importance of carefully selecting green bonds for an investors’ portfolio.