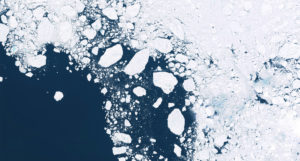 As the world forges ahead with carbon reduction goals, investors are now widely demanding that companies set ambitious climate commitments that can be embedded in portfolio construction. This has led to the emergence of a confusing abundance of forward-looking indicators that track corporates’ decarbonization pathways. In a recent whitepaper [1], Qontigo’s Sustainable Investment Team offers valuable insight into forward-looking climate metrics (FLCMs).

Why forward-looking metrics are necessary

Lagging indicators, such as financial reports, are backward-looking and static. While useful for decision-making, such past performance indicators usually provide limited insights for the future. By contrast, leading (or forward-looking) indicators provide insights on where a company’s performance is heading before this shows up in static reported data. Examples of this are business metrics such as customer engagement or climate indicators such as temperature targets.

A single metric is never enough

Just as multiple traditional metrics are used in mainstream financial decision-making, no single climate-related metric can fully describe the position of a product, company, fund, or investment strategy in relation to the climate. For example, while it is possible to build an estimated “1.5 degree-aligned” portfolio, its performance could still be impacted by systemic climate change risks (for example, a government’s failure to efficiently manage the transition to climate targets). Therefore, a broader dashboard of performance indicators and forward-looking metrics is needed to meet such goals.

Qontigo’s Sustainable Investment team classified FLCMs according to the below four use cases.

Since usefulness often lies in the comparative, rather than absolute metrics, it cannot be emphasized enough how important it is for users to consider multiple FLCMs, as opposed to single metrics in isolation. Moreover, given the strong differences in the scope, measurement, and weighting of individual indicators, different providers’ assessments vary widely even when they are expressed in similar units, as in the case of temperature alignment [2].

Investor demand for climate data integration has boosted the development of more robust climate science and modelling in recent years. However, challenges remain with respect to the coverage, standardization, and reliability of the data underpinning these models.

Many FLCMs rely on past greenhouse gas (GHG) emissions data to estimate future trends, and the lack of historical data can exacerbate uncertainty in future assumptions. To give one illustration of this: the CDP – one of the most widely used climate disclosure frameworks across the world – has reported that it currently has to estimate data for around one third of Scope 1 emissions and slightly more than half of Scope 2 emissions from the over 5,000 companies it covers [3]. In particular, few companies report Scope 3 GHG emissions, although these could account for more than 50% of their total emissions. Furthermore, there are stark inconsistencies between different data providers’ estimates of Scope 3 emissions, due to differences in their estimation models, among others [4].

We further illustrated this divergence issue by comparing methodologically similar FLCMs for 135 companies from three different data providers. After transforming and normalizing scores from the different sources, the correlations among data points were found to range between 0.4 and 0.65, denoting only a modest positive relationship between the providers.

Investors are looking for transparency

The lack of standards for climate data assurance and verifiability means that investors are reluctant to use potentially inaccurate data to avoid any liability associated with miscalculating FLCMs.

In responses to a recent TCFD [5] consultation, many investors highlighted that the current methodologies and disclosure frameworks developed by different data providers are ‘black boxes’ that offer little scope and few insights to compare their holdings across sectors. Even where publicly available descriptions of the methodologies exist, differences across data providers can still make the resulting disclosures difficult to compare. Some respondents suggested that the adoption of FLCMs should be phased in, thus ensuring the metrics are more useful in financial decision-making.

In any case, there is a bright future for benchmarks that combine financial and climate objectives. While climate metric-adjusted versions of traditional benchmarks have existed for more than a decade, they have historically been designed to focus on backward-looking data. The new EU Climate Benchmarks — EU Climate Transition Benchmarks (CTBs) and EU Paris-aligned Benchmarks (PABs) — go beyond climate risk to also incorporate a forward-looking goal of directing investments towards energy transition opportunities. By doing so, they pave the way for mainstreaming the use of FLCMs in index design.

Qontigo introduced the STOXX® Paris-Aligned Benchmark Indices (PABs) and STOXX® Climate Transition Benchmark Indices (CTBs) in June 2020. These comply with, and exceed, the minimum requirements under the EU-recommended methodologies and ensure diversification and comparability with underlying universes.

Figure 3 – How STOXX PAB and CTB indices use FLCMs

With a better understanding of the limits to the effectiveness of such methodologies to drive real-world climate impact, supported by growing data availability, new regulation and ever-wider investor adoption [6], climate benchmark methodologies are also bound to evolve.

For example, given the limitations associated with using GHG intensity data, going forward the focus could be on using real economic outputs, absolute emissions reduction pathways, and sector specificity across a minimum number of climate-relevant sectors.

To read more on this topic, access the Qontigo whitepaper here.

[6] Bold investor adoption of climate benchmarks is accelerating fast. For example, in 2020, Andra AP-fonden (AP2) – one of northern Europe’s largest pension funds – announced that it had gradually adjusted approximately 55% of its AUM (global corporate bonds and foreign equities) to PAB-aligned investments, without compromising the return and risk characteristics of the index. Other notable examples are increasingly common. https://ap2.se/en/applying-eu-rules-andra-ap-fonden-ceases-investment-in-fossil-fuel-companies/