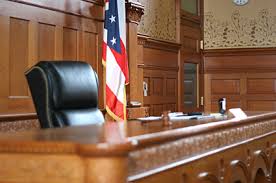 The Alien Tort Statute, an obscure US law from 1789 which permits foreign citizens to sue companies for human rights abuses in territories outside of the United States, has been revived in a human rights case against US oil giant ExxonMobil.

The statute had appeared to be undermined as a means for litigation after the US Supreme Court ruled in 2013 that Nigerians seeking redress against Anglo-Dutch oil company Shell for alleged human rights abuses could not use it.

The statute did not apply, as Shell’s conduct did not “touch and concern” US territory, the Supreme Court said in the case known as Kiobel v. Royal Dutch Petroleum. The issue had been on the radar screen of a group of responsible investors, who released a letter of support in 2012.

But now a US federal judge has reversed the Kiobel interpretation, ruling last month that a group of Indonesians may in fact invoke the statute as the basis for a lawsuit against ExxonMobil – with a trial possible next year.

The suit charges that the oil major knowingly hired and supported local military forces to oppress unruly villagers in Indonesia’s Aceh province in 2000 and 2001. The forces, the suit says, resorted to rape, murder and torture in the crackdown.

ExxonMobil, which operates a gas field in Aceh, flatly denies the charges.Said spokesman Todd Spitler: “While conducting its business in Indonesia, ExxonMobil has worked for generations to improve the quality of life in Aceh through employment of local workers, provision of health services and extensive community investment. The company strongly condemns human rights violations in any form.”

Indeed, citing lack of merit, the Irving-Texas based oil firm sought to have the lawsuit thrown out.

But US District Judge Royce Lamberth ruled that some of the Indonesians’ claims could go forward under ATS.

Said Agnieszka Fryszman, a human rights lawyer representing the Indonesians: “The court denied Exxon’s motion, so the case will move forward both on negligence claims under Indonesian law and on US statutory claims for human rights violations.” Fryszman expects the case to go to a jury trial in 2016.

There was no immediate comment on the ruling from the US socially responsible investment (SRI) community. However, Simon Billenness, a consultant who advises SRI investors, said: “SRI investors expect ExxonMobil to take responsibility for any human rights abuses in which the company is found to have been complicit by paying fair compensation and ensuring that it does not make those mistakes in the future.”

The Alien Tort Statute was part of the US Judiciary Act adopted by the first session of the First United States Congress and signed into law by George Washington. Link