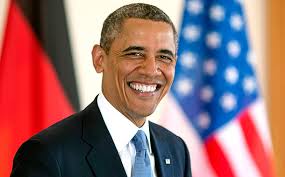 A major initiative to mobilise more than $1bn in clean energy investment that was launched by the White House and with commitments from major investors TIAA–CREF and New Zealand Super this summer, is readying for launch later this month.

The Obama Administration announced in June that a consortium of long-term investors, including major pension funds and endowments, was committing to build a new nonprofit investment intermediary that “identifies, screens, and assesses” high-potential companies and projects for commercial investment to produce “impactful and profitable” solutions to climate change.

It was part of a broader announcement of over $4bn of private sector commitments to clean energy.

The White House said the group was initially allocating a total of $1.2bn – with a goal of mobilizing $2.5bn over five years. The initiative draws on work by Stanford University’s Global Projects Center and the Steyer-Taylor Center for Energy Policy and Finance.

The new “aligned intermediary” will focus on opportunities that would not fit into existing fundstructures, moving companies and projects across the innovation and commercialization “valleys of death.”

Ashby Monk, Executive Director at the Stanford centre and one of the architects of the project, has told RI that a CEO has been appointed and that the project will ‘launch’ later this month.

As Monk has explained, it’s not a fund, rather more of an “impact investment bank” that serves the needs of long-term investors. The idea is explored more fully in a white paper he wrote with his Stanford colleagues Alicia Seiger and Elliott Donnelley and MIT’s Sarah Wood Kearney.

“We simply believe that competitive, risk-adjusted investment returns can and will be generated by catalyzing solutions to the climate crisis,” he notes.

NZ Super says the platform provides access to a proprietary deal flow and a set of aligned partners that value the strengths and characteristics it brings – while fitting in with its plan to raise its exposure to alternative energy. The $350m is purely an expectation of the sort of scale of investment it would like to make; it stresses it retains “full investment discretion”.

Monk, writing in June, said: “It’s only through eye-popping returns that we can hope to unlock the capital needed to prevent catastrophic impacts of climate change. Truly, this is a case in which capitalism and environment can go hand in had.”