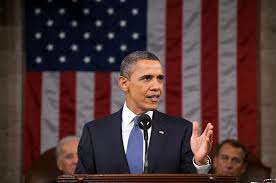 A new corporate sustainability disclosure tool has been launched by not-for-profit advocacy group Ceres in collaboration with CookESG, which is headed by Jackie Cook, founder of mutual fund voting tracker Fund Votes.

The launch comes as investors and corporates gear up for the annual proxy voting season, with sustainability even higher up the agenda post the COP21 climate talks in Paris at the end of last year. For example, shareholders in ExxonMobil have filed a series of resolutions on climate change ahead of the oil giant’s annual general meeting on May 25.

And it comes too in the context of President Barack Obama’s final State of the Union address yesterday in which he spoke of accelerating the “transition away from dirty energy”.

“Rather than subsidize the past, we should invest in the future  – especially in communities that rely on fossil fuels,” he said.

“That’s why I’m going to push to change the way we manage our oil and coal resources, so that they better reflect the costs they impose on taxpayers and our planet.” A major conference, the Investor Summit on Climate Risk, is also due to be held at the United Nations on January 27.

The new Ceres tool allows users to find whether disclosures in annual SEC filings discuss carbon asset risks, including competition from renewable sources of energy, expenditure on carbon intensive exploration projects, government efforts to limit carbon emissions, and the possibility of reduced global demand for fossil fuels.The tool also allows searches for climate and water risk disclosures, and it now includes all foreign companies that file reports with the SEC (Form 20-F and 40-F filings). It also includes searches for hydraulic fracturing risks as well as a watch list feature to track companies.

“This tool, in combination with climate disclosure requirements enacted by the SEC, is an important step in helping investors understand how companies are responding – or are not responding – to growing climate-related risks,” said Ceres’ President Mindy Lubber. The initiative builds on Cook’s Climate Risk Disclosure Analysis project started in 2014.

Ceres said the tool shows that fossil fuel companies are not adequately disclosing the risks that major portions of their reserves and resources that underpin their market capitalizations may not be cost effective to produce as the global economy transitions to cleaner energy sources. Non-US firms, it says, offered “far better reporting” than their US peers.

The SEC issued climate disclosure guidance in 2010 though has generally refrained from taking action against companies that don’t adhere to it. But Ceres says the New York attorney general’s investigation into ExxonMobil’s reporting and its recent settlement with Peabody Energy show that companies face significant risks tied to the climate risk information they give to investors.