Responsible Investor
Home News & Analysis Governance US corporates and investors must ensure a clean presidential transition, for the...
Return to search
Hot Topics 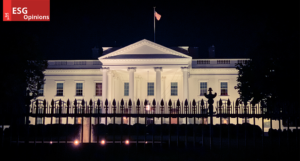 Aside from authoritarian populists, right wing evangelicals (i.e. those who put more emphasis on the former than the latter) and white supremacists, all the rest of us – whether progressive, centrists or genuine capitalists too – can celebrate that the US presidential transition process has now formally started.

Those who see the critical need for political leadership on even just one of the following crises – pandemic, democracy, human rights, inclusion, equality, the climate crisis or even “just” the long-term economic resilience of the US economy – have much to be thankful for.

Biden/Harris will not be perfect – who is? – but another Trump term would have been terrifying on so many ESG fronts. And given the US’s extra-territorial impact, this is true wherever we live. There are no lifeboats in an interconnected world with systemic risks.

But let us not forget that it took 19 days after the election before the transition started. So investors – most of whom have stayed silent in this period – have some serious soul searching to do.

As the Russian American writer Masha Gessen wryly notes “Trump’s bad con continues to show how easy it would be to stage a good one. Then we would call it a coup”. Like others who have actively or passively enabled Trump’s incompetent attempt at a legalised coup – which was still ongoing through this week with the staged “hearing” in Gettysburg, PA and Thanksgiving tweets of “100% RIGGED ELECTION” – and coming on the back of failures to engage proactively with the Global Financial Crisis, the Covid-19 pandemic and the climate emergency – this latest failure by GOP political leaders and the business community to call out these steps toward a systemic crisis should be a big wake-up call.

Some will refuse to see parallels with the past. But perhaps they can see that the work to “build back (much) better” has barely started. ”Markets” (ie traders and analysts) have clearly indicated they are happy with a gridlocked US administration. So it is up to real investors to evidence they think otherwise – warm words will not be enough. Specifically, there are some important deadlines in the weeks, months and years ahead and this has implications both for the 160 (now 166) corporate leaders who signed an open letter urging the presidential transition, and for the many hundreds who did not.

Thanksgiving week is the deadline for certification of results for key states. As we have seen, while the Presidential vote has been certified in Michigan and Pennsylvania (PA), another lawsuit brought a partial halt to PA’s certification of other results until further court hearings.

All responsible business and financial sector leaders – as those 160+ execs did – should say that the American people have cast their votes, and now that all the legitimate ballots have been counted and examined, the states should do their duty and certify the results to ensure the democratic process follows its appointed course.

Executives can sign on to the statement or release their own. Major corporations headquartered in these two states – see here for Michigan and here for PA – have a particular responsibility to speak up and investors in these companies should remind them of this. To dismiss the letter by the CEOs as “virtue signalling” is naïve – not least given the fact that the GSA administrator (a Trump appointee) did a U-turn on the same day to start the transition.

But, it is also true that much more has to be done in terms of communication to undo the damage of nearly three weeks of political propaganda by right wing commentators and media. That means these 160+ CEOs should explain to their colleagues, staff/contractors and customers – and especially the Republican politicians who they have funded – exactly why they conclude this has been a free and fair election and what is needed next. A letter is not enough in this highly charged context. Given that 75% of Republican voters think, to some degree, that Biden's victory was aided by election manipulation, more proactive strategies, which draw on state of the art science about deep rooted conflicts, will be needed.

Given the critical nature of the run-off election in Georgia on January 5th, corporations headquartered there have a particular responsibility to ensure a free and fair election. Of course, companies cannot show any partisan bias but they must do everything in their power to empower staff to vote, support safe voting and trustworthy vote counting. The deadline for voter registration is December 7 and early voting begins December 14.

The next important deadline is January 6th, when the Electoral College votes are tabulated by the Joint Session of Congress and the outcome officially makes Biden President and Harris Vice President. Between now and then, the business community needs to make clear, and in public, that they look forward to working with the new President and his team. It is up to the GOP to ensure that the Joint Session does nothing unexpected. This is why it is critical that other investors should sign on.

Privately, business leaders should let GOP senior officials know they expect no surprises and will be monitoring the Joint Session very carefully to see that all goes smoothly. The bottom line: they should make it clear that a peaceful and fully accepted transition is non-negotiable. Those executives who have funded Republicans – see here for investors – have a particular responsibility to act by making it clear that future donations will cease if this bottom line is not met.

After January 6th, should Trump announce that he still believes the Electoral College outcome was based on fraudulent votes, that he “really” won, and that he will have his own inauguration on January 20th, all sane business leaders – however they personally voted – must reject this. At a minimum, this means declining to fund or attend celebratory balls for the Trump “alternative facts” inauguration. Instead, they should commit themselves fully to supporting, as they normally would or even more so, the inauguration of the incoming and legally elected President. It should go without saying that the fact that Biden/Harris are Democrats should be totally irrelevant, assuming the US wants to meet the most minimum standards of a democracy.

Hopefully, this debate will be avoided. And then the 160 and all the others who – for whatever reason, did not sign – can focus on the months and years ahead.

There will be important legislation coming quickly from the Biden administration on COVID-19 relief and both corporate and individual taxation. Business leaders should want to be part of those conversations, and that requires a good working relationship with the incoming team. In all probability, this will need to include accepting moderately higher corporate and top-tier individual rates in exchange for emergency support for American citizens and corporate America, not to mention tax credits for research, innovation, green investments and for education for their labor force. There will also be a slew of revisions of Trump’s executive orders on environmental, health & safety, and other regulations which they should actively support, especially if they have made any claims to be responsible or purpose driven organisations (as Business Roundtable companies and all US corporate members of BSR, Ceres, PRI and ICGN have).

It is therefore disappointing to see the co-leader of PwC's national tax office already lobbying for the status quo. Using data from a PwC survey, his message was: “That so many of those surveyed are reconsidering their current investment plans is a real yellow light to any elected official who might be favorably inclined to some of these proposals…Put differently, this is not free money that can be collected without some real economic consequences.”

A better working relation with the Biden team will help corporate voices be heard, but US corporate executives must respond to the new public mood, especially as tax rates for companies and the extremely wealthy are (very) low, notably compared to other G7 countries. Indeed the US is one country where the wealthiest actually pay less tax than the poorest.

GM has shown what aligning with this new context means by very quickly indicating it will no longer support the Trump administration’s attempt to to prevent California from implementing its own clean-air standards.

In a forthcoming article, one of us outlines the “21st century stewardship principles” that should underpin a new social contract. And one of us, as a historian, is clear that the USA needs to make a big pivot to avoid collapse. We also both agree with a colleague, who happens to be at the American Enterprise Institute, that “investing in illiberalism” must stop.

His focus is on Hungary and Poland, but the US is just as relevant.

Of course focusing just on the US won’t be enough. But unless large US financial players show responsibility in their very own backyard, who on earth would listen to them internationally? 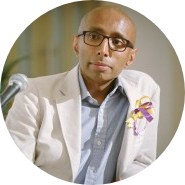