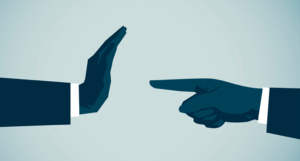 The US Department of Labour (DOL) has watered down proposals to oblige investors to calculate the direct economic impact of their shareholding voting strategies, after significant market pushback.

The DOL’s revision of the Final Rule on Proxy Voting and Shareholder Rights by Employee Benefit Plans, published after a final consultation period, left out the proposal for a cost/benefit calculation on share voting. The US Forum for Sustainable and Responsible Investment (SIF), welcomed the omission, saying: “This would have been a costly and imprudent use of plan assets – the exact thing DOL should be protecting against.”

The SIF said institutional investors had been unified in opposition to the DOL’s proposals as they were, and that a survey it had carried out found that 96% of asset managers and investment advisers, and 97% of investor organizations, multi-employer plans and labor unions were against.

They included the powerful Council of Institutional Investors (CII), whose members include the world’s largest asset managers such as BlackRock, Vanguard, Fidelity Investments and State Street Global Advisors.

The new DOL rules amend the “Investment duties” regulation under Title I of the Employee Retirement Income Security Act (ERISA) of 1974. They were proposed as part of an April 2019 executive order from the Trump administration for a complete review of DOL’s guidance on fiduciary responsibilities for proxy voting.

The DoL had said it was concerned that “some fiduciaries and proxy advisory firms may be acting in ways that unwittingly allow plan assets to be used to support or pursue political agendas.”

The Final Rules will be effective 30 days after they are published in the Federal Register and apply to shareholder rights after that date. It includes delayed compliance dates to January 31, 2022, for certain recordkeeping and proxy voting policy requirements.

US SIF CEO Lisa Woll said the organisation would continue its resistance to aspects of the DOL changes under the new Biden administration: “The DOL listened to investors and the public and made significant changes to the proxy voting proposal. While it is unfortunate that the background and discussion sections of today's release include a number of fallacies about investing with the consideration of environmental and social data, the worst provisions of the proposed rule were omitted. We look forward to working with the next administration to ensure that shareholder rights within ERISA-governed plans are unambiguous.”

‘Another piece of political jiggery-pokery’: US wants investors to vote only for ‘economic impact’