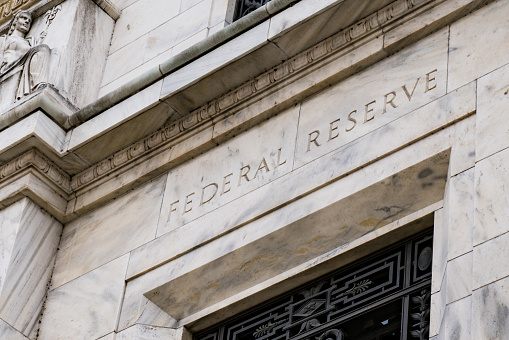 Fed chair Jerome Powell had given early indications that scenario analysis was on its way at a March 2021 appearance in front of the House Banking Committee. A statement issued later in the year confirmed that the Fed was “developing a programme of scenario analysis to evaluate the potential economic and financial risks posed by different climate outcomes”.

The pilot exercise will be launched in early 2023 and is expected to conclude around the end of the year. The Fed did not provide details on whether banks would be given the freedom to propose their own calculations or would be provided with “supervisory overlays” setting out detailed requirements.

The central bank has stressed that the pilot exercise will not impact the amount of capital that banks need to set aside to cover potential losses, unlike its annual supervisory stress tests.

This is the first time the Fed has conducted a large-scale exercise to assess climate risks in the US financial sector, putting it some distance behind other supervisory peers. As of 2021, the European Central Bank, Banque de France (BDF), Dutch central bank, Bank of England, Bank of Japan and 26 other central banks had either completed or were in various stages of carrying out climate scenario analysis based on a survey by central banking group the Network for Greening the Financial System (NGFS).

The Fed was the last major western central bank to join the NGFS in 2020. It has not said whether it will use the network’s influential climate scenarios in next year’s pilot.

Opposition to supervisory initiatives on climate has persisted in the US, according to analysis by law firm Mayer Brown. Republicans publicly opposed the Fed’s decision to join the NGFS in 2020 over concerns that its recommendations “could significantly limit access to capital for crucial industries and place harmful restrictions on regulated entities”.

Last year, in a letter to Powell, Republicans cast doubt on “both the purpose and efficacy of climate-related banking regulation and scenario analysis, especially because the Federal Reserve lacks jurisdiction over and expertise in environmental matters”.

The announcement of the Fed’s pilot scenario analysis was also coolly received, with bank lobbying group the Bank Policy Institute suggesting that the exercise “would seem to be disproportionate to the risk that climate may pose to large banks”.

Separately, members of the NGFS issued a rallying cry to protect biodiversity at a conference co-organised by the Dutch central bank and OMFIF on the topic yesterday.

BDF governor François Villeroy de Galhau said that, while the knowledge and tools relating to sizing biodiversity risks still lag several years behind those for climate, NGFS members must continue to engage on areas such as research and disclosure.

“Let us not fool ourselves: these interconnections generate a heated political debate,” he said. “Many advocate for priority to be given to climate risks, as we know them better, and as we have the right instruments at our disposal. Some of those who, on the contrary, support a broad approach to environmental risks – like the former American administration – aim in reality at ‘diluting’ the climate priority.”

Irene Espinosa Cantellano, deputy governor of the Bank of Mexico, warned that “intensive exploitation of natural resources” in emerging markets was a threat to diversity, which in turn would make the countries poorer and less resilient.

But the premise that economic development must stop to protect nature is not correct, she said, noting that sustainable fisheries and forest management prove that both objectives can be compatible.

“We can innovate with financial instruments, funds and other investment vehicles that combine sustainable risk capital with commercial aspects, reaching high returns with particular attention to climate change, conservation, and sustainable management.”