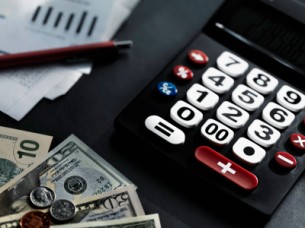 US investors have welcomed Goldman Sachs’ move to become the first US banking institution to voluntarily implement a say-on-pay vote on director remuneration, claiming it sets an important precedent. As well as the shareholder vote on executive pay at next year’s AGM, Goldman said its entire 30-person global management committee would receive 100% of bonus in the form of shares, subject to claw-back restrictions for five years. Denise Nappier, Connecticut State Treasurer and principal fiduciary of the $22.3bn Connecticut Retirement Plans and Trust Funds (CRPTF), said: “As Congress considers whether to require all public companies to have an annual shareholder advisory vote on executive compensation, Goldman Sachs’ action today is a tremendous step that demonstrates its support of this important corporate governance reform. This measure could very well serve as the exemplar for other companies taking similar actions to promote sustainability for not only individual companies but for the broader economy as well.” In 2008, the CRPTF co-filed a shareholder resolution with Walden Asset Management asking Goldman Sachs for a say-on-pay, which achieved a 46% vote in favour. The resolution was withdrawn when all companies that received federal Troubled Asset Relief Program (TARP) funds were required to include such a resolution in their 2009 proxy statement. Goldman Sachs subsequently paid back its TARP commitment, nullifying its need for a say-on-pay, until the latest decision.Goldman Sachs said bonuses represented the vast majority of their senior management’s compensation. It said the claw-back clause would permit the firm to recapture bonus shares in cases where an employee engaged in materially improper risk analysis or failed sufficiently to raise concerns about risks. The bank said: “Enhancing our recapture provision is intended to ensure that our employees are accountable for the future impact of their decisions, to reinforce the importance of risk controls to the firm and to make clear that our compensation practices do not reward taking excessive risk. Timothy Smith, senior vice president, Environment, Social and Governance Group at Walden Asset Management: “Goldman Sachs’ decision brings the say-on-pay issue closer to a tipping point that we believe will result in all companies making this a routine part of their proxy statement.”
Lloyd Blankfein, chairman and chief executive officer of Goldman Sachs said the principles underlying its view on pay were a linking of compensation to multi-year performance and the long-term interests of the firm and its shareholders: “In addition, by subjecting our compensation principles and executive compensation to a shareholder advisory vote, we are further strengthening our dialogue with shareholders on the important issue of compensation.”