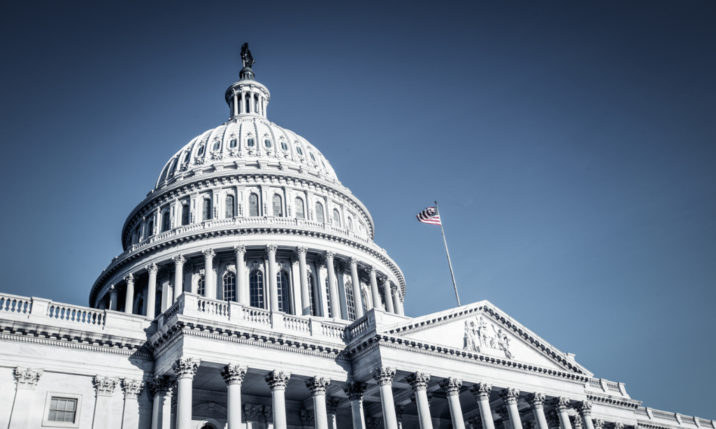 US Congressman Sean Casten has castigated JPMorgan and Wells Fargo for their participation in an event run by the controversial State Financial Officers Foundation (SFOF), which has opposed climate action by financial institutions.

In September, during a congressional hearing with Casten, JPMorgan CEO Jamie Dimon and Wells Fargo CEO Charles Scharf said they would “probably cancel” their relationship with SFOF if it was true that the group was spreading misinformation and attempting to prevent the financial sector from freely allocating capital.

Casten and 15 other Democrats later sent letters to both CEOs setting out SFOF’s anti-climate legislative initiatives and financial ties to “shadowy right-wing dark money organisations” such as climate denier group the Heartland Institute.

On Tuesday, Casten claimed that both Wells Fargo and JPMorgan had ruled out ending their membership of SFOF.

He published a letter from Wells Fargo, which stated: “While we may not agree with every position this or any other organisation takes, engagement overall is important for our customers, company and employees. Wells Fargo engages with a number of organisations whose memberships have varying political views and can include organisations made up of state and local officials … In 2022, our involvement with SFOF consisted of a sponsorship of an SFOF conference.”

JPMorgan did not provide a written statement.

The developments come a day after RI reported that representatives of Federated Hermes, JPMorgan and Wells Fargo were on the delegate list for an SFOF event this week. Federated Hermes has previously told RI that it will not renew its membership and sponsorship of SFOF.

Topics discussed at the event, which concluded on Tuesday, reportedly included “The continued battle against ESG investing”, “How shareholder proposals are being used to advance a social agenda and what states can do to stop it”, and “What’s the connection between China and ESG investing?”

SFOF members include elected financial officers from 23 US states, many of whom have criticised ESG and implemented laws discouraging climate action. In June, RI was the first to report that Federated Hermes, Invesco, Fidelity Investments, Wells Fargo, JPMorgan and KKR were SFOF affiliates. KKR is no longer publicly listed among SFOF sponsors.

A subsequent New York Times investigation revealed that SFOF has co-ordinated opposition to climate disclosure rules proposed by the Securities and Exchange Commission, promoted pro-fossil fuel legislation and supported attacks on asset managers and the CA100+ engagement coalition over climate.

“SFOF is a dark money group that has been weaponising state treasurers and lawmakers against climate-related financial risk management by coordinating to cancel contracts and otherwise sever ties with financial firms that consider climate change in their business strategies,” Casten said this week.

“The CEOs of Wells Fargo and JPMorgan Chase told me they would end their sponsorship of this group if it was shown that the SFOF was misleading the public, but the megabanks are now unwilling to follow through, opting instead to attend this week’s SFOF conference in DC.”