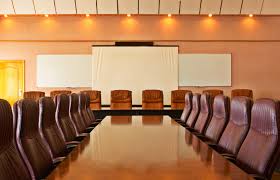 A database of diverse directors founded by US pension giants CalPERS and CalSTRS will now be available via ‘board intelligence’ and pay research firm Equilar.

Responsible Investor first reported that the two investors were seeking a new home for their Diverse Director Datasource (3D), their database of prospective directors for companies, back in June as existing host MSCI said it didn’t fit in with its existing services.

The two giant investors first established 3D in 2011 to offer shareholders, companies and others a facility from which to recruit individuals whose experience, skills and knowledge qualify them to be a board candidate.

It went live in 2012 and its operation was subsequently taken over by GMI Ratings, the governance advisory firm, via a customized service accessible through a paid subscription. GMI was then acquired by index and ESG firm MSCI, which worked with the two funds to find a new home for 3D.
That new home has now been found, with the funds announcing that 3D would now be available through the Equilar’s new Equilar Diversity Network’s offering (see RI coverage). Financial terms of the arrangement weren’t disclosed.

“We are thrilled that 3D is joining Equilar and is more robust than ever,” said Anne Simpson, CalPERS Investment Director, Sustainability.She said “study after study” shows that board diversity can drive a company’s performance to higher levels.

And CalSTRS’ Investment Committee Chair Harry Keiley said 3D was “instrumental in delivering a vital service” to companies searching to strengthen the depth of expertise on their boards.

The addition of 3D “strengthens” Equilar’s BoardEdge as the “number-one resource to identify diverse board candidates” said David Chun, Equilar’s founder and CEO. Candidates previously registered with 3D while part of MSCI will need to re-create their profile on the new Equilar Diversity Network.

It comes as the Securities and Exchange Commission is now considering a CalPERS/CalSTRS petition requiring companies to report about the diversity of their boards.

This proxy rule amendment petition, filed in March of 2015 and signed by CalSTRS, CalPERS, and other institutional investors, asked the SEC to require new disclosures related to nominees for corporate board seats in order to provide investors with necessary information to evaluate the nominees’ gender, racial and ethnic diversity, as well as their mix of skills, experiences, and attributes needed to fulfill the corporation’s mission and long-term strategy.