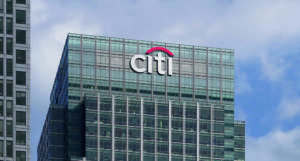 More than a third of shareholders, including some of the biggest US pension funds, supported a proposal yesterday calling on financial heavyweight Citigroup to undertake an independent “racial equity audit”.

The reported 37% tally is an impressive return for a first-time proposal, but racial injustice is a major theme this proxy season given events in the US over the last 12 months, including the killings of George Floyd and Breonna Taylor and the impact of the Black Lives Matter campaign.

Last week, the same proposal, which was also filed by US investor CtW Investment Group, was supported by 25% of shareholders at Citigroup’s rival Bank of America.

US public pension giants CalPERS, CalSTRS and the Office of the New York City Comptroller, which oversees the City’s five funds, were among the supporters of the ‘racial equity audit’ proposal at both banks, as was Dutch pension fund manager APG.

CalPERS, New York City and APG also supported a similar proposal at Johnson & Johnson  along with investment behemoth BlackRock, which said in a voting bulletin that the audit would “reinforce the effectiveness of the company’s current programs”.

Interestingly, Norges Bank Investment Management, the manager of Norway’s trillion dollar sovereign wealth fund, voted against all three of the audit proposals, according to its voting database.

The significant support for the three audit proposals is likely to have been aided by the backing of influential US proxy advisor Glass Lewis.

Earlier this month, RI reported that the big US proxy advisors were split on the ‘racial equity audit’ proposals, with ISS Governance, which has arguably been the more inclined towards ESG proposals of the two in the past, recommending a vote against the audits at Citigroup and Bank of America. ISS argued in its advice that the banks, which have both unveiled billion dollar initiatives last on addressing racial inequality, are taking “sufficient meaningful actions to address the issue”.

Tejal Patel, Corporate Governance Director at union-backed CtW, told RI at the time that she felt that ISS had misunderstood the intent of their proposal. “Their analysis was much more heavily on the existing steps that Citi or Bank of America are taking. We're not asking for disclosure of what the existing steps are, there's a lot of disclosure. What we're asking for is an independent evaluation of the effectiveness of these policies to combat systemic racism”, she said.

RI understands that ISS also recommended a vote against the ‘civil rights audit’ at Johnson & Johnson.

Trillium’s Director of Shareholder Advocacy, Susan Baker, told RI that the tally at the pharmaceutical firm was “a very high vote for a first year issue” and “sends a strong signal that investors see value in the company undertaking an independent review”.

CtW Investment Group and US labour union SEIU filed ‘racial equity audit’ proposals at eight US financial giants this year, calling on them to identify any negative impacts “on nonwhite stakeholders and communities of colour”.

Both Citigroup and JP Morgan Chase unsuccessfully attempted to exclude the proposal via the US Securities and Exchange Commission’s (SEC) ‘no action’ process, but the US regulator has become far more amenable to such shareholder requests under the Biden administration.

The proposals filed at BlackRock and Morgan Stanley were withdrawn after both firms agreed to undertake a diversity review.

Yesterday, the audit proposal also went to the vote at Wells Fargo, the result has not yet been disclosed. Votes on the Proposals at JP Morgan & Chase, Goldman Sachs and State Street will take place in the next few weeks.

“The high level of support for the independent racial equity audit proposal should prompt the Citi board of directors to act immediately”, said Dieter Waizenegger, Executive Director of CtW in response to yesterday’s vote at Citigroup. “Shareholders have made it clear that an assessment of the bank's efforts to implement measures that confront centuries-old harms against marginalized communities that are still present to this day is necessary”.