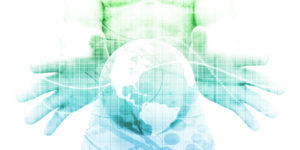 Litterman, who – during his 23 years at Goldman Sachs – became famous for developing the widely-adopted Black-Litterman portfolio optimisation model, moved into climate policy after he retired from Goldman in 2009. As well as being Chairman of the Risk Committee at KEPOS Capital, he is currently a Director at WWF, Resources for the Future and Climate Central, and serves on the economic advisory council of the Environmental Defense Fund. He is a champion of carbon taxes.

Christopher Goolgasian, Director of Climate Research at Wellington Management is also on the committee, along with Adrienne Monley, Head of Investment Stewardship for Europe at Vanguard, Kyung-Ah Park, Head of Environmental Markets at Goldman Sachs and Armin Sandhoevel, CIO of Infrastructure Equity at Allianz GI.

Dave Jones, former California Insurance Commissioner, is another big hitter on the Subcommittee. Jones became a controversial figure in the US after introducing climate disclosure rules for insurance companies that saw him threatened with legal action. He left after his maximum term in January and is now Senior Director of NGO the Nature Conservancy.

On the corporate side, BP, Bunge, Cargill and ConocoPhillips are represented on the committee.

Behnam said there was a need to “raise awareness on the urgency of taking action” on climate risk. “Addressing the near- and long-term impacts of climate change on our financial markets and the greater economy requires an unprecedented level of coordination,” he said in a statement.“As we continue to encounter more frequent extreme weather events, and to formulate plans to adapt to changes in average climate conditions, I believe – without hesitation – that taking these fist, critical steps towards achieving long-term resiliency to climate change can prevent us from paying the costs of responding ad hoc to likely indicators that may spark the next financial crisis,”.

The Subcommittee’s task is to produce a report for the Commission’s Market Risk Advisory Committee identifying challenges to managing climate risks and ways to bolster scenario analysis, reporting and governance efforts. It is also expected to explore potential policy initiatives and best practice for risk disclosure.

Litterman said he was “honoured to join this effort to proactively identify and assess the financial market impacts of climate change, and to provide recommendations that are results-oriented, data-driven and actionable on how best to mitigate those risks”.

What is going on in the US? On the heels of the Federal Reserve starting to make some very serious remarks about climate change, now the CFTC has named one of the world’s most respected finance figures to head a climate committee – along with names like Mindy Lubber and Ben Caldecott (who becomes a “Special Government Employee”). They are all now within the Washington ‘beltway’: inside the tent as the US shapes its climate policy response. As I said earlier this week in coverage of the Fed “coming into the climate change fold”, US financial policy thinking is increasingly starting to run a divergent course from the country’s political leadership which is on course to exit the Paris Agreement. Is it a climate coup? Maybe that’s going too far but it is tempting to think that the lunatics aren’t in full charge of the asylum any more – despite the SEC’s corporate capture – and time will tell if grown-up thinking will prevail. All of which sets the stage very nicely for our New York conference next month. Interesting times.