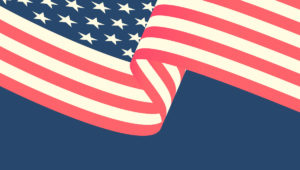 The Principles for Responsible Investment (PRI) has dismissed a complaint brought against US retirement fund TIAA and its subsidiary asset manager Nuveen, the latter a PRI signatory, by several hundred of its clients.

The complainants, who include environmentalist Bill McKibben and philosopher Noam Chomsky, alleged that TIAA’s large holdings in fossil fuel bonds and investments in firms involved in land grabbing, deforestation and human rights violations was a “serious violation” of the PRI principles.

Following a review under its serious violations policy, the PRI told the complainants it had dismissed their application. A copy of the email seen by Responsible Investor said that the board had reviewed the complaint, and Nuveen’s response, and “decided that the allegations do not constitute a breach of the policy”.

A spokesperson for the PRI said: “Our role within the market is to facilitate the responsible investment activity of our signatories. After the completion of the review process, it was decided that the substance of the complaint received did not constitute an impediment to the signatory’s ability to act in accordance with our six principles, nor to the future implementation of the same principles.”

Hana Heineken, senior attorney at the Center for International Environmental Law, who assisted in filing the complaint, said that the PRI’s dismissal “sends the wrong message at the wrong time”.

“TIAA has a fiduciary duty to act in the long-term interests of its beneficiaries, and that means taking meaningful climate action,” she said.

A spokesperson for TIAA told RI that it had co-operated with the PRI throughout its review process.

“Based on the UN PRI’s decision we believe our responses and the supplemental materials we provided demonstrate our commitment to responsible investing, the thoughtful approach we take to incorporating ESG considerations into our investment processes, and our dedication to transparency and engagement with the companies we invest in on behalf of our clients,” they said.

In other US news, State Street Global Advisors has announced that it will offer US and UK investors in certain funds the ability to vote their own shares via ISS voting policies.

The firm said that investors in more than 40 percent of its index equity assets will have the ability to choose how their shares are voted by the start of the 2023 proxy season, and that it aims to expand this to cover as much of its index AUM as possible.

Maria Nazarova-Doyle, head of pension investments and responsible investments at UK pension giant Scottish Widows, told RI that the announcement “confirms the trend of empowering asset owners to have a more active role when it comes to voting on their investments”.

Nazarova-Doyle, who sat on a UK government-established taskforce looking at the topic of voting choice, believes we are seeing “an inevitable shift away from full asset manager control over voting to asset owner primacy when it comes to these important decisions”.

She added that this would ensure better alignment between beneficiaries’ interests and how their assets are managed in terms of both allocation and stewardship.

Moving to another of the “big three”, North Carolina Treasurer Dale Folwell has written to BlackRock’s board calling on Larry Fink to resign. Folwell, whose state pension fund has $14 billion managed by BlackRock and $55 million invested in the firm, said that Fink’s “pursuit of a political agenda has gotten in the way of BlackRock’s same fiduciary duty”.

The letter added that Fink had personally guided BlackRock “in its efforts to coerce the world’s companies”. “Given his dogged pursuit of these political objectives over several years, I’m sceptical that he would or could lead the necessary course correction,” Falwell said. He finished the letter by calling on Fink to resign or be removed.

Folwell will not pull the state’s money from BlackRock, but it is taking advantage of BlackRock’s voting choice system to allow the fund to vote its own shares. His office did not respond when asked why he was not divesting.

On Thursday last week, Arizona treasurer Kimberly Yee put out a statement clarifying the actions she had taken in regard to BlackRock.

While close to 98 percent of the state’s $30 billion in investments are managed by an internal investment team, Arizona had previously used BlackRock’s money market funds. Yee said the state pulled $543 million from these funds in February, following a review of BlackRock that began in 2021. She said: “BlackRock moved from a traditional asset manager to a political action committee.”

A spokesperson for BlackRock said the firm has consistently delivered for clients and shareholders, including North Carolina citizens. They added that BlackRock valued its relationship with the state retirement fund, was proud of the strong returns and significant value it delivered, and was “pleased” the fund had adopted its voting choice programme.

“Over the past year, BlackRock has been subject to campaigns suggesting we are either ‘too progressive’ or ‘too conservative’ in how we manage our clients’ money,” the spokesperson said. “We are neither. We are a fiduciary. We put our clients’ interests first and deliver the investment choices and performance they need. We will not let these campaigns sway us from delivering for our clients.”

Finally, Moody’s Investors Service has said that draft principles on climate risk management for large banks supervised by the US Federal Reserve would be credit-positive for the institutions.

In a note published on Monday, Moody’s said the draft principles would facilitate a better understanding and integration of climate risk management, and further the creation of industry-wide best practices. However, it said it was “notable” that two Fed governors had issued written statements suggesting the proposals may not have their full support.

Moody’s also said banks that do not hit the $100 billion threshold set by the Fed for the rules to apply may still benefit from the development of tools and data by larger banks, if they choose to proactively integrate them. If they do not, they risk negative credit implications from physical and transition risk that could be more significant, given the concentrated geographies and portfolios of smaller banks.

Update: The headline of this article was changed after publication to clarify that the complaint was made against Nuveen and not TIAA, which is not a signatory to the PRI.