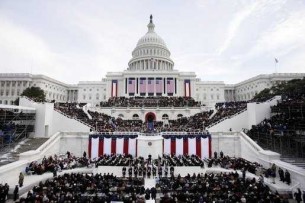 US President Barack Obama should move quickly to restore shareholder rights, clarify fiduciary responsibility for institutional investors and promote corporate responsibility in relation to CEO pay, according to a wish list addressed to him by the US Social Investment Forum, the SRI investor lobby group. The US SIF represents more than 500 US institutional investors, fund managers and other stakeholders. In a letter to the President, it said one of its top lobbying priorities with the new administration would be to fight for the restoration of shareholder access to the corporate proxy ballot so that long-term shareholders have a say in the nomination of corporate directors. “In 2007, the SEC issued rulemaking proposals to limit shareholders’ access to the proxy ballot to nominate corporate directors and floated proposals to limit shareholders’ ability to file advisory resolutions. While SIF and other concerned investors were able to block further action related to weakening shareholder rights to file advisory proposals, the SEC did move forward on limiting access to the proxy to nominate directors. We believe the SEC should engage in new rulemaking that reverses this decision.”The SIF also called on the Obama administration to reject modified guidance on fiduciary duty issued in October 2008 by the Department of Labour that would oblige pension fund trustees to demonstrate that investment returns are ‘optimised’ by ESG (Environmental, social and governance) or ethical criteria; a proof that many in the RI industry believe is difficult to make.
The SIF said it hoped instead that the new administration would provide fiduciaries with “clear, consistent and unambiguous guidance that adheres to the contemporary and principled understanding of fiduciary duties.” The SIF said it also hoped that the administration would push the US Securities & Exchange Commission (SEC) to enforce corporate disclosure of financially material environmental and social issues, which it said it had not done to date. Additionally, it said it hoped the SEC Division of Corporate Finance would end the practice of automatically issuing No Action letters omitting shareholder proposals that ask management to undertake a risk assessment or review the financial implications of an array of environmental, community, public health and human rights concerns

and issues. “In fact, we ask that the SEC restore, within the first hundred days of the new administration, the right of investors to propose and vote upon resolutions asking a company to evaluate how such specific risks may affect the company’s business.” On remuneration, the SIF said it supported an annual nonbinding ‘say-on-pay’ shareholder vote on executive compensation plans as described in the proxy for all publicly held companies.It said more than 100 “say-on-pay” resolutions were put forward by shareholders in 2008 and averaged voting support of over 43 percent. It said: “Simply put, executive compensation has to be better aligned with the interests of shareowners, long-term corporate performance and the public.” The SIF said it also hoped to see socially responsible fund investing options included in the federal government’s retirement plan.