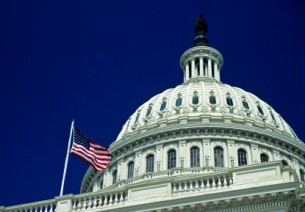 The US Social Investment Forum (SIF), which represents more than 400 pension funds, asset managers and advisors, has welcomed financial services reform legislation put forward this week by Christopher Dodd, U.S. Senate Banking Committee Chairman.
The SIF said it was pleased to see provisions in the bill including support of say-on-pay requirements for companies, proxy access requiring companies to include director nominees from shareholders in their proxy statements, and majority voting for board nominees.
It said it also supported proposals for independent directors only to serve on companies’ compensation committees, and the suggestion of “clawback” provisions for shareholders to take compensation back from executives in the event of inaccurate financial statements or fraud. Dodd’s proposal for self-funding of the Securities & Exchange Commission is also strongly backed, as are plans to establish a new Office of CreditRating Agencies at the SEC and the creation of a Financial Stability Oversight Council charged with identifying and addressing market systemic risks. The SIF said it was less enthusiastic about the housing within the Federal Reserve of a planned ‘Consumer Financial Protection Bureau’, which Dodd said would be given Presidentially appointed leadership and rulemaking authority. The SIF said: “We do not fully understand how the Bureau will be independent when it is dependent on a budget allocation from the Federal Reserve. We will be watching closely to see how debate unfolds on this front.”
The SIF said it was urging members of the US Senate to pass the strongest possible financial reform bill to make it “clear to the American people that the harsh lessons of the financial crisis have been learned.”
Link to Dodd reform report