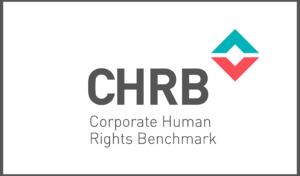 An investor coalition representing $4.5trn in assets is demanding companies such as Starbucks, Gazprom and Calsberg take action on their poor human rights records.

The Investor Alliance for Human Rights, including Aviva Investors, Nordea, New York State Common Retirement Fund and the Swedish national pension funds have written to the 95 worst performing companies on human rights due diligence, based on the current Corporate Human Rights Benchmark.

The 95 companies, which also include Canon, Ralph Lauren and Costco, all scored 0 on human rights due diligence in the 2019 CHRB ranking.

They are urged to take concrete action, including disclosing how human right risks are identified and taking action to prevent adverse impacts, before the next assessment for the CHRB begins in June.

CHRB, which is part of the World Benchmarking Alliance, measures how companies perform across 100 indicators based on the UN Guiding Principles on Human Rights. It uses publicly available information on issues such as forced labour, protecting human rights activists and the living wage to award a % score to companies.

Aviva Investors, a signatory to today’s letter, has said it will withdraw support from company boards at their AGMs if they do not act.

Speaking to RI, Steve Waygood, Chief Responsible Investment Officer at Aviva Investors and Chair of the CHRB Board, said: “From a top-down perspective there is the UN Universal Declaration of Human Rights, which is a hugely important document, so the business response to it matters enormously.

“Having the OECD Guiding Principles on Business and Human Rights being a decade old and still hardly being taken up by the vast majority of very large companies in terms of the detail and even their basic human rights due diligence is a shoddy set of circumstances.”

Waygood added that it was of “profound concern” that three years into the work of the CHRB, many companies were still scoring 0 on human rights due diligence.