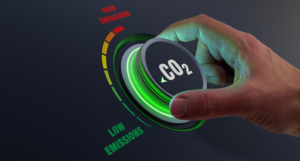 The UK’s largest pension fund has announced interim targets for 2025 and 2030, as well as a new £500m sustainable private equity mandate.

The Universities Superannuation Scheme (USS), which manages £82bn on behalf of higher education and university employees, is now aiming to cut its portfolio emissions intensity in half by the end of the decade, with a reduction of 25% by 2025. The target applies to its holdings across public and private equity and debt but not to its sovereign debt investments, which make up just under a third of its portfolio.

The fund committed to net zero in May 2021, and announced it would shift £5bn of equity holdings to a climate transition benchmark managed by Legal & General Investment Management (LGIM) at the end of January this year. The benchmark has a 30% emissions reduction versus the market, and will decarbonise by 7% each year.

While the LGIM climate transition benchmark excludes poor carbon emissions performers and the fund introduced an exclusion policy for thermal coal in 2020, it said it would “not typically divest” companies from the portfolio as a whole, preferring instead to engage.

However, USS is facing legal action from a number of beneficiaries, who allege that its failure to divest from fossil fuels “has caused, and will continue to cause significant financial detriment, and is against the interests of the beneficiaries”.

USS Group CEO Bill Galvin said “We hope that these announcements give confidence to our members and to other stakeholders of the seriousness with which we are treating decarbonisation. This is not an easy task, and along with the rest of the industry we will face challenges in the early years before the data quality improves, but these targets are a statement of intent, and give us important staging posts against which to assess our progress.”

With regards to its sustainable private equity mandate, a USS spokesperson told RI’s sister title New Private Markets it has allocated £500m to invest in 2022 and plans to deploy the same amount for each of the following four years.

The allocation has a global mandate and will be deployed across sectors and industries, including renewable energy infrastructure. USS has already made three investments from the allocation strategy, one of which is a commitment to TPG’s Rise Climate fund.