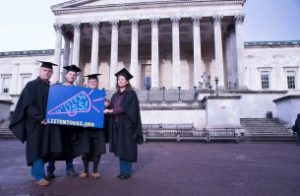 A group of UK professors who are members of the £40bn (€50.6bn) Universities Superannuation Scheme (USS) are using an online petition citing the UK Law Commission’s recent clarification on fiduciary duty and ESG to pressure trustees of the fund to review investments in controversial arms, tobacco and fossil fuel companies. The scheme says it is taking legal advice on its position following the Law Commission review. The member action, which is being piloted via a campaign website called USS: Listen to USS is the latest chapter in a near 14-year effort by academics and university staff to get USS to take into account the ethical views of scheme members on its investments, which they say it doesn’t. The original campaign, which started in the late 1990s under the banner “Ethics for USS”, led to the creation of ShareAction (then called FairPensions), a UK charity that advocates for responsible investment by pension funds and fund managers. ShareAction and the University College Union (UCU), the largest academic trades union, are supporting the renewed campaign by the USS members, who will present the on-line petition to the USS board on December 4. At the time of writing, the petition had been signed by almost 3,000 people. The website does not list the signatories. The petition calls for a survey by the fund, prepared in collaboration with UCU, on its members’ ethical views. It also seeks the attendance of member representatives at the fund’s Institutions’ Meeting with the Trustee Board, which it said should be recorded and streamed with members able to submit questions.
The campaign says the Law Commission’s recent guidance on pension fund legal duties explicitly says trustees may take account of so-called non-financial factors if they think that scheme members share a particular view, and their decision does not risk significant financial detriment to the fund.Speaking to Responsible Investor, Rebecca Newsom, Campaigns Manager at ShareAction, said that UK law on fiduciary duty had previously been a barrier to pension scheme members engaging with USS on socially responsible investment: “USS interpreted fiduciary duty in a different way, and said it was not allowed to act on members’ ethical views.” She said the Law Commission’s clarification on ESG in investment had “opened the doors for new engagement by pension scheme members”. Newsom said the campaign could be a significant precedent for the pension fund industry. She said USS has indicated that it is looking at the Law Commission’s guidance and is seeking legal advice on the issue: “They are realising that it is something they cannot ignore.”
A USS spokeswoman said: “USS takes environmental, social and governance matters very seriously and has a long history of engaging with investee companies on responsible investment and stewardship matters. We have a significant in-house team which works alongside portfolio managers to integrate environmental, social and governance matters into the investment analysis and these issues are taken into account in investment decision-making where they are material to a company’s performance. We continue to work with our legal advisers to consider the Law Commission’s recent report and understand the impact on the trustee company’s responsibilities under trust law.” Professor Tim Valentine from Goldsmiths, University of London, who has been part of the campaign since 2000, said that as a result of pressure USS had adopted a policy on SRI, appointed staff in the area and done research, but he believed its actions had been limited: “I’m disappointed it hasn’t divested from certain industries,” he told Responsible Investor, “and while USS has claimed it is an active and engaged owner, in reality it has been limited. In a number of shareholder AGMs involving BP and Shell it has voted with the board. And while it has a headline responsible investment policy it has not addressed our concerns.”