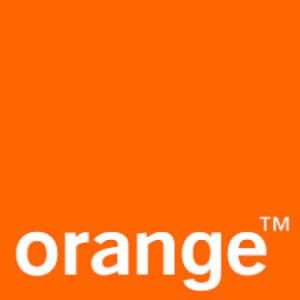 Story update: the USS/Phitrust proposal received 43.3 % of votes in favour.

The Universities Superannuation Scheme (USS), the £42bn (€53bn) pension fund for UK academics, will find out today (May 27) if a co-resolution it has filed with Phitrust, the French activist fund manager, at Orange, the French telecoms group, to oppose double share-voting rights has succeeded. The resolution D on the ballot is another tussle in the shareholder battle over ‘La Loi Florange’ that has pitched shareholders against the government and some of France’s most prominent business owners this proxy season. The Phitrust/USS resolution seeks to amend the company’s statute to promote the one share, one vote principle.
Florange, a small commune in the Moselle department in Lorraine in north-eastern France, became symbolic after the takeover in 2006 of Arcelor, the French steelmaker by Mittal, the Anglo-Indian steel company to form ArcelorMittal. The steel giant subsequently closed blast furnaces in the area, despite pledges to the contrary. That prompted the French government to formulate the Florange law that purports to give companies double share voting rights to promote the long-term economic interest of the company.
However, shareholders, including USS, Railpen, PGGM, Amundi, CalPERS, Edmond de Rothschild Asset Management, OFI Asset Management, Aviva Investors and Legal & General, have been trying to oppose the Florange law at large French companies via their resolution. Proxy voting advisors including Paris-based Proxinvest and ISS as well as the French Asset Management Association, have also been advising investors to vote with the one share, one vote motion.The shareholders say that under the Florange Law their rights will be diluted and that French companies will be less attractive to investors. In addition, double voting rights can only be taken up by investors whose shares are officially registered, which most shareholders outside of the government and company owners are unable to do because they regularly adjust their holdings.
While many French companies have sided with the shareholders, there have been notable exceptions. One is Orange, where the board is not backing the one share, one vote resolution. The French government has a 27% stake in Orange while employees own about 4%. Daniel Summerfield, Co-Head of Responsible Investment at USS said the fund was concerned that differential voting rights created perverse incentives and an ‘undesirable concentration of power’. The fund has raised its concerns with members of the European Parliament, which is considering changes to the European Shareholder Rights Directives that could include differential voting and dividend rights.
At the end of April the French government dramatically increased its stake in Renault, the French car giant, buying more than €1.2bn in shares hedged with options to take its stake to just under 20% in order to vote down the one share, one vote resolution. The same resolution was voted down at Vivendi, the French media group, after its chairman, French billionaire Vincent Bolloré, also its largest shareholder with a 14.5% stake, blocked it along with other major shareholders. Bolloré will now have double voting rights under the Florange law.