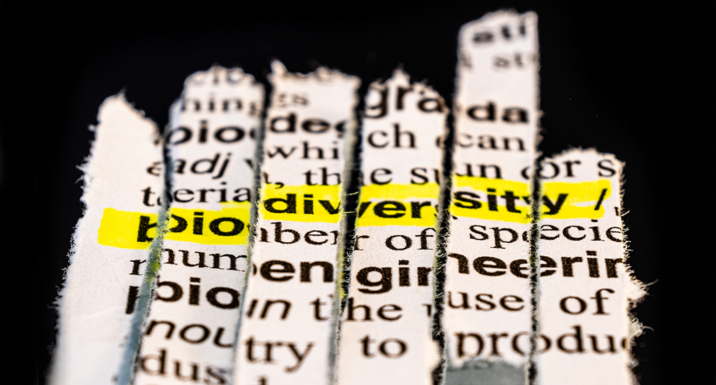 The “vast majority” of Europe’s 25 largest banks lack adequate biodiversity strategies and are failing to take biodiversity into account in their client and project risk analysis, according to a new report by ShareAction.

The report surveyed the continent’s largest banks on their biodiversity and climate governance, policies, targets and disclosures, and gave them a rating on both topics as well as an overall rating, tilted towards climate.

BNP Paribas was the best-performing bank, achieving a score of 68 percent on biodiversity and 60 percent on climate. It was followed by Societe Generale, which achieved scores of 57 and 56 percent, respectively. La Banque Postale achieved the second-highest score on climate, but the fifth worst on biodiversity, which dragged it down to 10th overall.

At the bottom end of the table was Germany’s DZ Bank, with an overall score of 29 percent. It is joined in the bottom five by Danske Bank, Commerzbank, BBVA and Crédit Mutuel, which achieved the worst biodiversity score of 12 percent. Nordea was also in the bottom three for biodiversity, matching DZ Bank’s score of 14 percent.

Only 16 of the 25 banks have any public strategy on biodiversity risks and opportunities, and many of these lack detail or do not address all aspects, the report found. While 23 of 25 banks identify risks related to potential impacts on biodiversity and nature, only 14 identify dependency-related risks and 15 use a double materiality perspective. Crédit Mutuel and Nordea do not consider biodiversity at all.

Few of the banks surveyed factored biodiversity risk into their risk assessments more broadly, the report found. Just 10 included it in all sectors when onboarding new clients, while even fewer included it when reviewing existing clients or conducting due diligence on transactions.

Only three banks have set biodiversity-related targets, few require biodiversity disclosures form their clients, and while all but two have a policy on areas of global biodiversity importance, these take a wide variety of approaches, and the report calls many of them “relatively weak”. The report also criticises a lack of deforestation commitments and poor implementation of Free, Prior and Informed Consent. Only BBVA implements a general exclusion for companies violating this norm.

The report was also highly critical of fossil fuel policies across most banks, warning that many policies are “full of loopholes”. Just five banks – four of them French – score higher than 50 percent on this metric, with UBS sitting at the bottom end of the scale.

All banks on the list now restrict financing to thermal coal, but the report says that many of these policies have loopholes that allow continued financing of companies which should be excluded. Only La Banque Postale and Crédit Mutuel have “robust” policies for coal power and mining in line with the Global Coal Exit List recommendations. Examples of loopholes given by ShareAction include applying thresholds only to EU and OECD markets or continued financing where “a clear will to transform” is present.

Meanwhile the number of banks announcing restrictions on asset and project financing for new oil and gas has doubled in the past eight months, but only three banks – Commerzbank, La Banque Postale and Santander – have a specific restriction on corporate finance for expanders.

A number of the banks at the bottom of the list said they were in the process of implementing policies and targets that would improve their ratings in future assessments.

A spokesperson for DZ Bank told Responsible Investor that sustainability formed an integral part of its business activities. Over the course of 2022, the German lender has been measuring the emissions of its business portfolio and is now defining interim targets and decarbonisation pathways, which will be published in the first half of 2023. “We expect that with the publication of our climate targets we will also achieve a better ranking next year,” the spokesperson said.

A spokesperson for Nordea said that the assessment had been made before it published its updated fossil fuel guidelines, and it was planning to set sectoral targets for its most climate vulnerable sectors. They added that the bank intends to “further establish our strategic approach to biodiversity and nature-related impacts at group level”, and would be publishing a biodiversity position statement setting out its ambitions.

A spokesperson for UBS highlighted the bank’s climate roadmap, especially its 2030 interim targets, which they said were “focused on the three sectors which will have the largest impact on reducing emissions from our loan book (circa 43 percent of our credit portfolio)”.

At Commerzbank, a spokesperson said it was difficult to comment without transparency on how the rating was calculated, but pointed at the lender’s SBTi targets – the only ones set by a German bank – and noted that it has minimum ecological standards and exclusions, had examined biodiversity risk as a key risk driver for the first time this year, and had joined the Biodiversity in Good Company initiative.

Crédit Mutuel, Danske Bank, BBVA and La Banque Postale did not respond to requests for comment.

Danske Bank’s head of group sustainability, Kristin Parello-Plesner, said that it took the ShareAction ranking seriously, but that the ranking “is neither where we should be nor where we are.” She said that the study “does not paint an accurate picture of our work”, and is “based primarily on the financial sector’s published sustainability policies – and to a lesser extent on individual initiatives.” She pointed to a different study which put the bank first out of 54 banks, but acknowledged that “as a bank, we still have extensive work ahead of us and have a co-responsibility for driving positive development.”