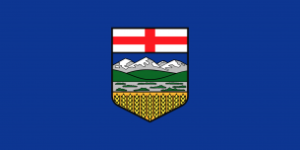 A coalition of 120 investors, representing over C$4.6trn (€3trn) in assets under management, have written to the premier of Alberta to voice support for the planned increase of its carbon price, saying such policies will make the province a “favourable investment jurisdiction”.
Alberta introduced a carbon tax in 2007 and announced in the summer that it will start a phased increase of the levy. The price will rise to C$20 next year from C$15 now, and will increase to C$30 in 2017. Proceeds from the tax go to a technology fund.
In a letter to the premier of Alberta Rachel Notley, high-profile investors including dutch pension giant ABP, California’s major public pension fund CalSTRS, and the Church Commissioners for England, welcome the carbon tax measure. They say: “Phasing in an effective carbon price will substantially reduce emissions over time while giving companies the opportunity to transition, and giving capital markets the opportunity to respond and allocate capital effectively.”
The letter adds that there is “significant and growing investor appetite for opportunities in renewable energy, energy efficiency, and sustainable land use” which will be scaled by well-designed policy like that of Alberta.The letter was jointly organized by Toronto-based mutual fund NEI Investments and Canada’s Shareholder Association for Research and Engagement (SHARE). They say the response from Alberta has been positive and they are still taking additional signatories up to September 25.
Canada’s federal government has resisted calls for a national carbon strategy, however four of the nine Canadian provinces are developing their own carbon-pricing models. In April Ontario joined Quebec and US state California’s burgeoning cap-and-trade market, meaning one-third of Canada’s greenhouse gas emissions come under a carbon trading system. Like Alberta, British Columbia has had a carbon tax since 2008.
In other news, the California legislature sent Governor Jerry Brown a bill last week that would require public pension funds CalPERS and CalSTRS to divest from thermal coal. Brown is yet to act on the bill.
If you are interested in joining NEI investments and SHARE’s letter please contact either Peter Chapman or Jamie Bonham