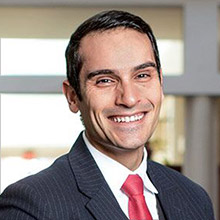 A recent Harvard Business Review article co-authored by Professor George Serafeim, on why companies struggle to create scalable and profitable inclusive growth, found that execution was not the problem, but a lack of ambition.
It cited the example of $13bn seed and crop protection company Sygenta, which had doubled productivity of small-scale farmers in developing countries, but only a tiny percentage of farmers in those countries had benefited, and the impact on total company sales was hard to detect.
“Instead of trying to fix local problems, corporations and other actors need to reimagine the regional ecosystems in which they participate if they’re to bring poor farmers and unemployed urban youths into the mainstream economy,” said the article.
Serafeim, Associate Professor of Business Administration at Harvard Business School, explored this theme further in London recently, in a speech at Palladium Positive Impact 2018 on re-imagining capitalism through ‘systems-level thinking’.
In a subsequent interview with RI, Serafeim said the idea of building ecosystems would move companies from seeing sustainability and ESG as compliance or efficiency, towards a perspective on innovation and growth.

“I think investors go through the same stages,” said Serafeim. “So initially most investors look at ESG as a way to comply with increasing expectations from society and asset owners. Then they saw ESG as a way to mitigate risks in their portfolios – and I think that is where most investors are right now.
“And then a few investors look at ESG for opportunity for innovation and growth.” In his presentation, Serafeim describes huge unmet market demand in this area, such as the estimated $4-6trn annual investment gap that needs filling in order to meet the UN Sustainable Development Goals (SDGs), or the $2bn value of opportunity in mobility, estimated by the Business & Sustainable Development Commission.
On the latter, Serafeim describes the importance of viewing it as a ‘system’. “In the case of moving our transportation towards electrified, autonomous and sharing mobility, if you don’t understand that they operate as a system you are actually missing out on opportunities to create tremendous impact.
“Moving our transportation system towards that level enables us to address both the climate change problem and at the same time it enables lower cost of transportation.”
Serafeim points out that access to transport is a major barrier for low-income households, but lower costs could enable them to more effectively integrate and participate in the economy and create value.“You are actively reshaping the ecosystems that you are operating in to create more value for everyone. And by constructing more value for everyone you can actually grow your business. So it is not about cost containment but about innovation and growth.”
Serafeim says four elements are needed to create breakthroughs to inclusive growth frameworks: boldness, collaboration, tools to unlock capital and shared metrics to measure success.
“I think the targets we are setting in the ESG space are not ambitious enough in most cases,” he says. “We need to collaborate with companies that work in the ecosystem to try and make change and unlock capital – some of that is already happening now with green bonds.”
On changing capital allocation, Serafeim says he has been doing thinking around the indexing business.
“It has been increasing over time and it has more leverage and power in the system. Traditionally indexed money has been completely passive in terms of engaging with management and it is really important that they now develop the capability and resources to have an active role in corporate governance.”
Serafeim says organisations such as BlackRock, Vanguard and State Street are building resources in this area, but he adds: “It is extremely important that we create the mechanism for them to be effective, because those organisations hold thousands of securities and it is very difficult to understand what is happening within all those companies.
“To create a productive engagement process there needs to be common understanding about the major issues each industry faces, which is part of what the Sustainability Accounting Standards Board is doing, and then move the whole industry to address some of these problems. That is where the collaboration aspect comes into play to address human rights issues or climate change, for example.”
Serafeim says sustainability non-profit Ceres is working with the Rockefeller Foundation on a project around indexed money and managing ESG risks and opportunities effectively.
Serafeim has served as a member of the Standards Council of SASB – one of many roles he holds in the ESG and sustainable investment ecosystem. He also sits on the working group of the Coalition for Inclusive Capitalism – an initiative led by Lady Lynn Forester de Rothschild – and was recently appointed to an advisory panel on decarbonisation for the world’s 12th largest asset owner, the $209.1bn New York State Common Retirement Fund.
The panel will advise New York State Comptroller Thomas DiNapoli on mitigating climate change risk and transitioning to a low-carbon economy.
Serafeim says it is too early to talk about what recommendations the panel may make, but speaking more broadly about decarbonisation he says there are three important pillars: how to have less exposure to high-carbon businesses; investing in companies that are going to have tailwinds from helping the economy decarbonise; and engagement with companies about the future direction of their business.