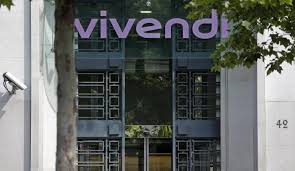 Leading global investors have emerged as co-filers of a shareholder proposal at French media group Vivendi that is effectively in opposition to France’s controversial new “Florange Law” double-voting rights legislation.

The law establishes an automatic double voting right for all registered shares held for more than two years – unless a company proactively opts out.

Now French activist investor PhiTrust says it is co-filing a resolution with Railpen, PGGM, CalPERS, Aviva Investors and others (see list below) at Vivendi to re-establish single voting rights in a bid to stop its largest shareholder, billionaire Vincent Bolloré, gaining too much control.

The “Florange Law” was passed last April and since then high-profile investors have been urging companies to maintain single voting rights to curb what they see as protectionism by the French state.

Many French companies already have double voting rights in their by-laws. In France’s CAC 40, around 22 already have them, but investors fear the number will rise, impeding shareholder rights.

Major investors such as Legal & General Investment Management and Standard Life have written to French companies urging them to give shareholders the chance to vote on opting out of the contentious law.

But, in the strongest push yet against the “Florange Law”, France-based investor PhiTrust has tabled the first ever draft resolution at a French company to make it maintain the “one share, one vote” principle.

Speaking to Responsible Investor, PhiTrust Partner Denis Branche said it had decided to table the resolution atVivendi’s annual general meeting on April 17 to fend off Bolloré, the media group’s vice chairman and largest shareholder, who he says is trying to get control of the company.

“At the time we filed the resolution Bolloré owned 8.2% of shares. Since the resolution he has raised this to 12%. With the new law he will be controlling the company without paying the price,” said Branche.

He added that PhiTrust had been promoting the “one share, one vote” principle for the past 12 years.

Investor opposition earlier this year led to the Italian government scrapping a similar initiative, that would have allowed “loyalty shares” offering double vote rights to long-term investors if approved by a 50% majority of shareholders.

RI ran an analysis on loyalty shares and dual-share classes in February which is available here.