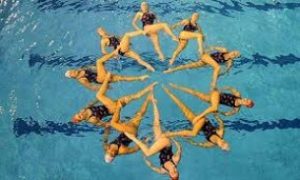 When the £28bn Brunel Pension Partnership in the UK, a new pool of ten local government pension scheme funds, joined the UN-supported Principles for Responsible Investment (PRI) at the end of March this year, Fiona Reynolds, Managing Director of the PRI said she hoped it would “send an important message to other UK asset owners”.
Another pool, the £40bn LGPS Central fund, has also made clear statements about responsible investment.
Reynolds appears to have been alluding to the obvious question: if two of the eight pools created from the £259bn in assets of the UK’s 89 local government pension scheme (LGPS) funds in England and Wales are making bold moves in RI, can the others do anything less?
Certainly, the question is one of public and political concern. Sadiq Khan, the Mayor of London, recently pushed the £25bn London CIV pool, comprising the capital’s 32 local authority pension funds, to comment on its responsible investment approach after calling on them to divest from fossil fuels.
So, what is happening with the other pools?
The pooling process represents one of the biggest moves in the UK pension industry and was instigated by the UK government for reasons of efficiency, scale and cost savings. Minister for Local Government Rishi Sunak has said in Parliament that it expects total net savings of £1-2bn by 2033. However, while pools were expected to be up and running by this month, RI could get no official statement from the UK government on this status. RI understands that emphasis on the process has weakened since the Brexit referendum and that some pools are “taking their time” rather than rushing to meet the government timetable. In response to inquiries for this feature, only five of the eight pools participated.The eight pools are in different stages of progress with some already running money and others in the process of hiring managers and setting up. According to reports the majority of pools are expected to operate as FCA-regulated ‘authorised contractual schemes’ (ACS) or will rent an ACS operator. The structure allows schemes to pool their assets into a fund and maintain advantageous tax treatment in some areas. Some LGPS funds are becoming shareholders of pools as well as investment clients, as is the case with the Brunel Pensions Partnership and another pool called Border to Coast. Money in the pools will be managed internally, externally, or a mixture of both, for different asset classes. It is still unclear how much and what assets each LGPS fund will pool and how long the transition period will take. However, in 2015, when then UK Chancellor George Osborne announced the pooling process there were clear expectations that the pools would be progressive on ESG and stewardship with specific references to the Kay Review on UK Equity Markets and the UK Stewardship Code.
The Scheme Advisory Board, a statutory body that oversees the LGPS funds, is preparing draft responsible investment guidance, with discussions still being had on whether to include carbon issues and ESG training. The first draft guidance was prepared by Brian Bailey, chairman of corporate governance research firm PIRC and Dawn Turner, CEO of Brunel Pension Partnership. Separately, Turner is chair of the Cross Pool Responsible Investment Group that will work on collaboration and knowledge sharing.
Brunel, the first pool to join the PRI, has already signalled that it will prioritise ESG with a reverse roadshow for fund managers where it is outlining its values and needs and letting asset managers

come forward with investment solutions to meet those requirements. Brunel plans to publish its responsible investment policy shortly. Faith Ward, chief responsible investment officer, says: “At Brunel Pension Partnership, the mind set of responsible investment is embedded in everything we do.” The £40bn LGPS Central pool also has a strong RI focus. Michael Marshall, its director of responsible investment & engagement says: “Responsible investment is hard-wired into the way we run money”. Its RI policy cites support of the Taskforce on Climate-Related Financial Disclosures (TCFD), the Transition Pathway Initiative (TPI) and the 30% Club.
The LPP pool, which manages £13bn, is a collaboration of Lancashire County Council and the London Pensions Fund Authority (LPFA). The Royal County of Berkshire pension fund said last year that it will pool 34% of its assets with LPP and will consider pooling further assets. It is still deciding whether to become a pool shareholder or just an investment client of LPP pool.
LPP’s dedicated responsible investment manager is Frances Deakin and its responsible investment policy, to be reviewed annually, speaks to active ownership, ESG integration and collaboration. In a separate statement, LPP said it would work with groups such as the cross-pool group chaired by Brunel’s Turner, and ShareAction’s Workforce Disclosure Initiative.
One area that LPP’s RI document does not focus on is divestment, specifically for fossil fuels. Mayor of London, Sadiq Khan, has already moved LPP shareholder, LPFA, to develop a policy on climate change and commit to no further fossil fuel investments following his call for London funds to divest.
And according to press reports, London CIV is trying identify a manager that can provide a passive equity ex-fossil fuel mandate. In response to Khan’s call, Mark Hyde Harrison, interim CEO of London CIV, told RI: “The London CIV currently offers two passive low carbon funds and is due to launch a sustainable equity fund in the coming weeks.”
With a number of local authority pension funds subject to divestment campaigns and making individual pledges on fossil fuel divestment, it could become a sticking point for the pooling process. Karen Shackleton, who advises LGPS funds, says she expects pools’ responsible investment policies to cover ESG integration, engagement and voting at a minimum and for there to be little difference of opinions in these areas:“Engagement will be relatively straightforward as the LGPS funds have been doing this for a while as part of their membership of the Local Authority Pension Fund Forum (LAPFF). Voting could be harder. My guess is they will come up with guidelines and employ someone like PIRC to execute it. But that is a harder one to do with the London CIV with 32 members than with the Central pool that has far fewer members. My experience having worked with different local authority pension funds is that the voting policy has been in the same direction of travel.” But Shackleton, who has a senior advisor role at asset manager MJ Hudson Allenbridge and chairs impact investment manager Resonance, says nuances in other areas could arise, leading to the need for compromise. She suggests Brunel, which has the Environment Agency Pension Fund as a shareholder and client, could go further in the area of climate change and that the £36bn Northern pool which has members already quite active in local impact investment could tilt similarly: “When you get to the next stage of defining policies on impact investing or divestment that is where you will definitely get divergence between the pools,” she says. “My expectation is on day one they will cover ESG, engagement and voting and they will draw a line rather than tackling the trickier issue of sub funds catering to different views.”
Could too many sub funds at pools harm efficiency and cost effectiveness? Shackleton says it might: “I think these things will have a trade off. A lot of impact funds are quite attractive at the total fund level as they have very different risk/return characteristics. So they can be great diversifiers of equities or they can be great for meeting cash flow demand that the pension funds are going to have increasingly over the coming years. They might be superb inflation protection strategies. So actually if you’ve got a sub fund that really helps address a challenge that a pension fund is trying to address that is a slightly more expensive solution, you have to got look at these in terms of net value added which could be quite substantial.”
Shackleton also highlights that there is scope for some funds under legislation to keep some of their assets outside the pools. “Northern pool is so big to start with that they haven’t identified benefits of bringing assets together. So they are looking at asset classes like infrastructure in order to pool that. So some may do local individual investment outside of pooling.”