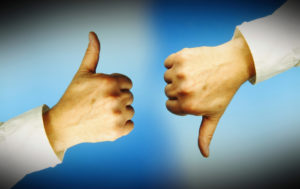 The Securities and Exchange Commission has rejected an attempt by Wal-Mart Stores Inc. to omit a shareholder resolution from the five New York City pension funds relating to sustainability reporting in its supply chain.

The SEC says it does not believe the US retail giant may omit the proposal from its proxy materials ahead of its annual general meeting on June 3.

Wal-Mart had argued against the proposal on two grounds. Firstly, that it relates to ordinary business operations so it’s not appropriate for shareholder resolutions. And it argued that it has already been implemented.

According to an SEC letter dated March 29, the regulator disagreed on both counts, saying the funds’ proposal focuses “on the significant policy issues of sustainability and human rights”. And it said Wal-Mart’s “practices and policies do not compare favourably with the guidelines of the proposal”.

The SEC agreed with the New York City Comptroller’s office that Wal-Mart had “not met the burden” of establishing that the proposal should be omitted.

The $113bn (€80.1bn) funds said the proposal deals with the “significant gap” between general policies against labor and human rights abuses and “more detailed standards and reporting mechanisms”.The SEC has also given the nod to a proposal, from the National Legal and Policy Center (NLPC), on the business risks of climate change facing Wal-Mart. Wal-Mart plans to send out its proxy materials no later than April 18.

Elsewhere, the SEC has also given its approval to a proposal from North Star Asset Management calling on oil major Exxon Mobil to articulate a policy on its commitment to the human right to water.

But a proposal from shareholder Bartlett Naylor calling on the firm to publish a report on environmental impact using Global Reporting Initiative guidelines was not supported by the SEC as it was “vague and indefinite”.

This activity comes as observers have hailed a new ruling from the SEC giving shareholders the right to seek an annual proxy review and vote on a company’s political spending. The proposal will appear on the forthcoming proxy of DIY store Home Depot.

And earlier, the SEC has voted unanimously to propose new rules covering the independence of companies’ compensation committees and to authorise pay panels to hire consultants.