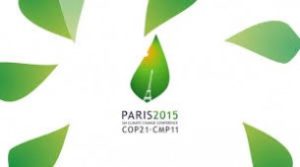 Discussions about the importance of the Conference of the Parties (COP) and the decisions to be made in Paris on climate change have reached a new level of intensity.
Investors, governments, environmental organizations, NGOs and companies are all part of the global buzz about COP. Recently, the Governor of Bank of England, Mark Carney, in a major address, asserted that the warming climate presents major risks to the global economy and global financial stability. He called climate change “the Tragedy of the Horizon” (think Tragedy of the Commons), and urged more disclosure of carbon emissions.
A significant portion of expanding discussions over the urgency of climate policy is coming from banks, food giants, and utilities companies, among others.
Individual companies, companies working together in associations, and specifically crafted coalitions have issued statements with different messages but all focused on the urgency of addressing climate change with specific plans.
We believe that these business voices play a very vital role in demonstrating to our economy and markets the importance of dealing urgently with climate change.
Currently, some business organizations such as the U.S. Chamber of Commerce are actively campaigning against the EPA’s “Clean Power Plan”. They argue the “business case” against the Plan while implying this is the voice of the business community at large. More than ever, it is critical that diverse businesses acknowledge the reality of climate change, and volunteer to take their own leadership to tackle this phenomenon.
Some of these actions occurred with the leadership of Ceres, the White House, or other business climate coalitions; others are self-initiated.

1. American Business Act on climate pledge
On July 27, 2015, in support of the Obama Administration’s Climate Action Plan, 13 of the largest companies from across the American economy launched the American Business Act on Climate Pledge: Alcoa, Apple, Bank of America, Berkshire Hathaway Energy, Cargill, Coca-Cola, General Motors, Goldman Sachs, Google, Microsoft, PepsiCo, UPS, and Walmart. According to the White House press release, “The President’s Climate Action Plan, when fully implemented, will cut nearly 6 billion tons of carbon pollution through 2030, an amount equivalent to taking all the cars in the United States off the road for more than 4 years.” The pledge voices support for a strong outcome in the Paris climate negotiations.

2. Ceres’s President Mindy Lubber on why Corporate America is supporting EPA’s clean power plan
On August 3, 2015, President Obama and EPA announced the Clean Power Plan – a comprehensive regulatory effort to tackle climate change by curbing carbon emissions from existing power plants across the 50 U.S. states, tribes, and territories. According to Forbes, soon after the final rule was released, 365 businesses, ranging from small local companies to iconic Fortune 500 brands, voiced their support for the rule, sending letters to 29 state governors to advocate for the “wide-ranging benefits of energy efficiency and renewable energy as the best way to meet the EPA’s goal of reducing power plant carbon pollution by 32 percent by 2030.” “Our support is firmly grounded in economics reality,” wrote the businesses, including industry giants such as General Mills, Mars, Nestlé, Staples, Unilever, and VF Corporation.3. 365 companies and investors announce support for EPA’s clean power plan
Mindy Lubber, President of Ceres, said in a press release on July 31, 2015: “More than ever, businesses and investors are waking up to the threat of climate change and the urgency for low carbon solutions that make strong economic sense. The Clean Power Plan speaks to these growing business concerns by providing certainty and flexibility in building their own clean energy strategies.”
In the same release, a diverse group of companies and investors also expressed their support for the Obama Administration’s Plan. “The Clean Power Plan will enable us to continue to invest in clean energy solutions and further advance our greenhouse gas reduction goals,” said Letitia Webster, Senior Director of Global Sustainability at VF Corporation, a North Caroline-based apparel company whose brands include the North Face, Timberland and Reef.

4. California’s sweeping climate change bills
On a state-level, later in the month of August, Symantec, Levi Strauss & Co., Mars, Dignity Health, and Autodesk joined dozens of companies in supporting California’s Sweeping Climate Change Bills (SB 32 and SB 350). The amended bill (SB 350) was signed by Governor Brown in October 2015.
5. Food industry executives call on Congress for climate change action
On October 1, 2015, Ceres coordinated a bipartisan briefing in Washington, D.C., bringing together members of both Democratic and Republican parties and a half-dozen food industry executives on discussion over climate change. Representative Chris Gibson, a New York Republican, when asked about the reality of climate change, said “this is not a Democratic or Republican issue. […] It is an American issue. It is a human issue. I mean, if conservation isn’t conservative, then words have no meaning at all.”
6. Leading U.S. banks speak out for climate change action
The first week of October also witnessed a joint statement signed by six major U.S. banks (Bank of America, Citi, Goldman Sachs, JPMorgan Chase, Morgan Stanley, and Wells Fargo). The banks called for “leadership and cooperation among governments for […] a strong global climate agreement,” emphasizing that regulating the costs of carbon is an important instrument to “drive innovation in low carbon energy, and create jobs.”
7. Electricity firms CEOs urge clear policies for low-carbon shift
Joining the climate policy discussions, on October 11, 2015, CEOs and Chairmen of 11 companies that generate one-third of the world’s electricity signed a letter to governments urging priorities for low carbon energy starting with “secure, stable, clear, consistent and long-term policies.” The signers, all members of Global Sustainable Electricity Partnership (GSEP), did not specify their ideal policies, but mentioned “carbon pricing or regulation or any other way to incentivize investments, operations and innovations”. This, in fact, aligns with the statements by the seven major US banks earlier in the week. GSEP includes American Electric Power, State Grid Corp. of China, Électricité de France, Eletrobras, ENEL, EuroSibEnergo, Hydro-Québec, Iberdrola, Kansai Electric Power Company, RusHydro and RWE.

Hot off the press: On October 16th, 2015, all 10 members of the Oil and Gas Climate Initiative (OGCI), including the six companies in the aforementioned letter to the UN, put out a public declaration that “express our collective support for an effective global climate change agreement.” These companies acknowledged that they have taken significant actions to reduce their own GHG footprint, but will be committed to playing their part by continuing to “collaborate in a number of areas, with the aim of going beyond the sum of our individual efforts.” These areas include Efficiency, Natural gas, Long-term solutions, Energy access, and Partnerships and multi-stakeholder initiatives.

In the run-up to November’s G20 leaders’ summit and the following UN climate talks in Paris in December, more and more institutional investors are also joining force with major corporations in putting their weight behind major campaigns stressing the importance of energy efficiency.

9. G20 Energy Efficiency Investor Statement
Investors representing some $2.7 trillion in assets expressed in the G20 Energy Efficiency Investor Statement the need to embed energy efficiency into their investment process. This Statement has been signed and endorsed by the UN Environment Programme Finance Initiative (UNEP FI), The Principles for Responsible Investment (PRI), and Ceres, and will commit signatories to embedding energy efficiency into the evaluation of companies. Meanwhile, the European Bank for Reconstruction and Development (EBRD) and UNEP FI co-organized the “Alliance of Energy Efficiency Financing Institutions,” whose 70 banks members noted that they are “willing to work with” institutional and public financiers to deploy climate finance to their clients.10. The RE100: Global initiative committing to 100% renewable power
On a separate note, nine major companies, including Johnson & Johnson, Procter & Gamble, Starbucks, Walmart and Goldman Sachs, are expected to join RE100, committing to 100% renewable power. RE100 is a global initiative led by The Climate Group in partnership with CDP, and is supported by the We Mean Business coalition. A handful has already reached their 100 percent target; while others are setting aggressive interim goals to convert to renewable energy.