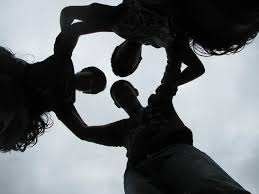 The World Bank has announced plans to launch its first development impact bond – a type of social impact bond – to tackle youth unemployment and skills development in Palestine in collaboration with the Palestinian Authority, the limited, self-governing body in the occupied territories.

Development impact bonds (DIBs) are a nascent version of social impact bonds (SIBs) where private investment is used to tackle societal challenges. However, while with SIBs, investors usually get a return from a governmental department, with DIBs, donors or foundations repay investors, although a combination of government and donors is possible too.

While, there are around 50 SIBs in operation worldwide, and 31 in the pipeline – http://www.instiglio.org/en/sibs-worldwide/ DIBs are still to take off, even at a modest scale.

In 2014, the UBS Optimus Foundation invested $238,000 into one of the world’s first DIBs aimed at improving the quality of girls’ education in India. UK-based grantmaker, the Children’s Investment Fund Foundation (CIFF) will pay for social outcomes achieved through the DIB, which will run until 2018.

The same year, the UK government’s Department for International Development, announced plans to develop its first ever DIB to prevent sleeping sickness in Uganda.

The World Bank’s first DIB will support youth in Palestine. Speaking to Responsible Investor, the World Bank Group team behind this said it decided to work in Palestine due to the high incidence of youth unemployment, which exceeds 60% in Gaza.

“Despite various approaches to address these challenges, there continues to be significant mismatches between the training that institutions provide and what the private sector needs. There is a clear need to better link the demands of the private sector with the skills possessed by graduates in a more market-driven way,” said the World Bank team in a statement.They added that the private sector had shown a strong interest in the product.

The World Bank team says initial discussions with investors have taken place and commitments will be confirmed in mid to late 2016. They include both Palestinian and international private sector investors. It is expected that some firms who invest may do so as part of their CSR portfolios, while some will be social impact investors with some experience investing in SIBs and DIBs.

The World Bank will be the primary outcome payer. There will be a competitive tender to find the organisations who will tackle youth employment for the DIB. It is likely to be a local player with experience in skills development and youth unemployment.

The Palestinian Authority, the self-governing body established under the 1993 Oslo Accords to administer much of the West Bank, is named as the “official counterpart” to the World Bank in the implementation of the DIB. Its Ministry of Finance will play a key oversight and administrative role. One of the project’s objectives will be to build capacity within the Palestinian Authority so that DIBs may be established as a financial instrument that it can deploy to address social and economic challenges.

The World Bank team admit that DIBs are a “relatively new instrument that ultimately needs to be tested,” but it adds: “they are exciting because DIBs represent a form of output-based aid which explicitly focuses on outputs and outcomes rather than inputs.”

If the Palestine DIB goes well they could be expanded further by the World Bank. There have been some very initial discussions on potential impact bonds in Africa. The World Bank team says: “It is hoped that there will be appetite in the World Bank to continue to pilot this innovative instrument, hopefully through successful demonstration via this first project in Palestine, which will serve as an important test case.”